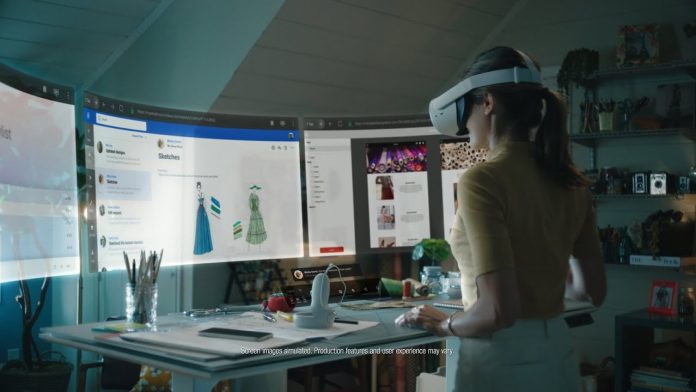 
You’ll soon be able to play PC VR games wirelessly through your Oculus Quest 2, or work in VR with virtual monitors, thanks to this major update that is being rolled out for Oculus Quest 2 (reviewed here).  But there are some limitations.

Oculus announced that it is enabling the Quest 2 to play PC VR games wirelessly using a new feature called Air Link.  Previously, you could use the Quest or Quest 2 to play PC VR games using Oculus Link, which uses a USB 3.0 cable.  Although the quality was very similar to a regular desktop VR headset such as Rift or Rift S, the cable detracted from the immersiveness.

The new wireless PC VR will be called Air Link, and as with Virtual Desktop, it will still require a VR-ready PC.  Air Link will be included in version 28 of the Oculus app, which will be rolled out to users in phases.  In addition to a VR ready PC, you’ll need to install the Oculus desktop app, and connect your PC via ethernet cable to a 5ghz wireless router.

Although owners of the original Quest won’t get Air Link, they will still be able to play wireless PC VR using Virtual Desktop or ALVR (another app that can enable wireless PC VR).

The other major update coming to Quest 2 is Infinite Office, which is a suite of features that to make it possible to work in VR.  Imagine wearing your Quest and seeing multiple virtual monitors.  Rather than seeing a virtual environment, the monitors will be overlaid on your surroundings, similar to AR, except that the virtual monitors can be visible anywhere around you, not just in a small area.  The monitors will also be persistent, so you’ll be able to move from place to place without losing your work.

Another aspect of Infinite Office is support for physical keyboards.  The Logitech K830 (around $95) is a keyboard that will be visible within the Quest, making it easier to type in VR.   You’ll also be able to bring your desk into VR by placing a VR model of a desk over your physical desk.

120 Hz refresh rate and other improvements

There will be other improvements in addition to Air Link and Infinite Office.  Oculus Quest 2’s refresh rate is also increasing from 90 Hz to 120 Hz on supported games, for an even smoother VR experience.  120 Hz is is higher than even some desktop VR headsets (which are usually around 80 to 90 Hz) and equal to high-end VR headsets such as Valve Index.  It’s a remarkable technical achievement for a headset that is running on a mobile processor.

The guardian virtual boundary will also be upgraded so that if anybody or anything enters your guardian, the passthrough mode will be activated.  This could be very useful for those who have pets for example.

I’m hoping that with these improvements, it will eventually be feasible to use your VR headset as an extension of your home office.