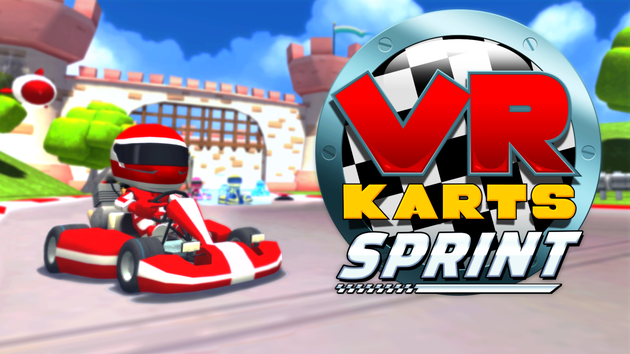 Oculus VR is set to launch its first consumer-facing product this week with the help of Korean electronics giant, Samsung. The company will be releasing the first consumer version of the Gear VR mobile-based virtual reality (VR) head-mounted display (HMD) in the US for $99 USD on 20th November 2015. Plenty of content is being prepared and released in time for the launch, but it appears Oculus VR is also hosting a unique event for the big date. The company will be running its first ever Oculus Community Game Night on that day.

A Facebook page has been set up revealing that the event will be hosted from 17:00 – 19:00 PST. The group will be playing Viewpoint Games’ kart racer, VR Karts: Sprint, which itself is a spin-off of the larger VR Karts that’s on its way to the Oculus Rift HMD on PC. The colourful title allows for online races, so all fans need do is log on to the videogame around this time and look for the Community group. You can also confirm that you’ll be playing on the date and ask any questions over on the Facebook page.

It certainly sounds as if the Oculus Community Game Night could be a regular event once the Gear VR is out. While the device will be releasing at the end of this week for US fans, a release date for Europe and other territories is yet to be announced. That said the device was listed for pre-order over on Samsung’s German site earlier this week for a discounted price of €99 EUR. The kit runs with Samsung’s line-up of 2015 smartphones including the Galaxy S6, Galaxy S6 edge, Galaxy S6 edge plus and Galaxy Note 5.

VRFocus will continue to follow Gear VR closely, reporting back with the latest updates on the kit’s progress.