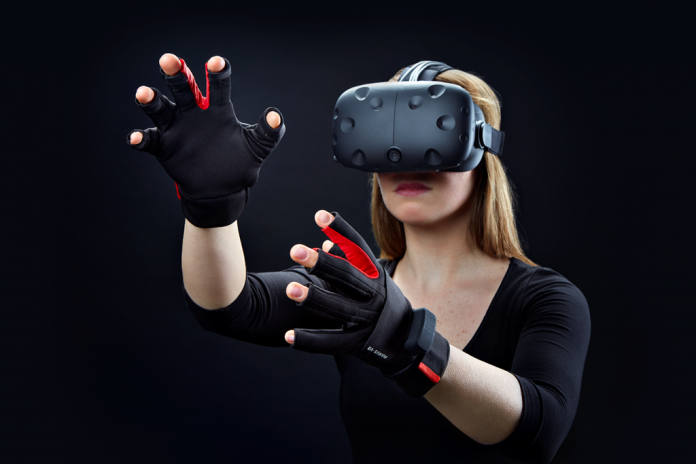 Good day and welcome to first episode of my monthly blog for VRFocus! As mentioned in last week’s introduction I will be sharing updates from our company and my opinion on VR related topics. For those who missed it let me introduce myself again.

The name is Bob Vlemmix and I am one of the co-founders of Manus VR and currently the Public Relations Officer. At Manus VR we are developing a glove for virtual reality. Though we are not the first company to produce a data-glove for virtual reality; we will be the first virtual reality glove for consumers. Since our founding in July 2014 the company has grown a lot; it started with 3 friends and is now 21 and still growing. Now that I have done this shameless self-promotion let’s get down to the story!

Road to the GDC

It’s been two weeks since we attended the Game Developers Convention in San Francisco. For this event we would be better prepared, since last year’s E3 Expo gave us a lot of insight on how to prepare for major events. During the E3 Expo we would claim our ground and announce ourselves. This was our second big event and the chance to prove our worth to the industry. So how were we going to do that?

For the GDC we wanted to use a completely new demo. The E3 Expo demo was great for the Gear VR, but it didn’t really show the potential of hands in VR. So we chose to build a new demo; one that shows the potential of the hands while having an immersive experience. To create this demo we teamed up with Peter Kortenhoeven, former Lead Animator know from the Overlord series.

Then the GDC madness started… Folks were lining up for a demo. Luckily for us the booth across was empty. We had to ask everyone to form the line there so the pathway wouldn’t be blocked off. During and after the GDC we’ve received a lot of positive feedback from developers, companies and press alike. We’ve all been working very hard. All the feedback made us feel that is really meant something and that we didn’t ‘waste’ all our time. Personally I’m really grateful to the press for taking their time and doing the interviews. As an uprising company it’s hard to get exposure and to stay in the minds of developers. At the Oculus booth I met with Palmer Luckey and asked him to come over for a demo; which he did! 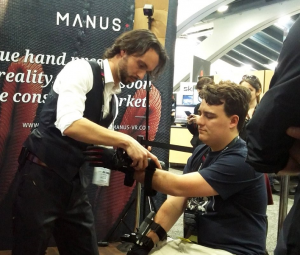 With the GDC madness behind us now it feels like the beginning of a new chapter. We’ve stepped up our game and joined the Big League.

How was it? Check it out for yourselves!

It was good to see that VR had a big presence at this year’s GDC. Heck they even introduced VRDC; a two day event prior to the GDC.

Valve had their own private sector just outside of the South Hall. During the Valve party I got to try some epic games such as Hover Junkers, Star Wars and Raw Data.

Oculus had its massive booth which always had eager people waiting in line.

Content is everything; this is just a no-brainer but a lot of new content is being developed. That being said the content that is being developed is getting really awesome! Games such as Hover Junkers and Raw Data really gave me that immersive experience. I really wanted to try out more of the content from the other developers but just didn’t have the time.

This month was all about the GDC. The team had an amazing time in San Francisco and there are many new leads to follow up on. Will Manus VR be able to keep their promise of shipment? And will Bob finally find true love? Stay tuned for the next episode!