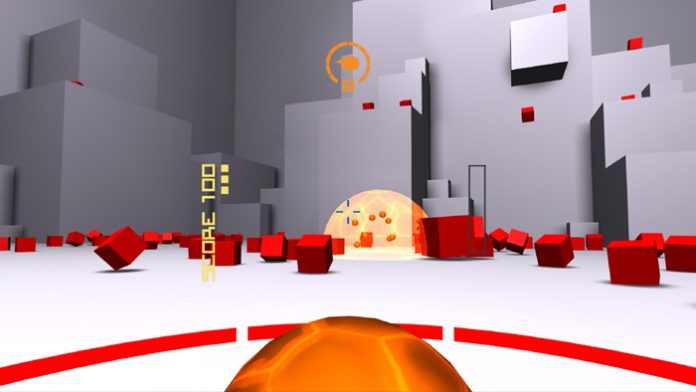 We begin this week’s trip through the latest virtual reality (VR) community releases back on Oculus VR Share for a geometric war unlike anything you’ve likely come across before.

Bearing the tagline “It’s exactly how it sounds.” on its trailer, Cubes vs. Spheres sees you take command of an army of ball shaped projectiles in an effort to fend off a growing legion of cubes that are marching towards your base. Using an array of different projectiles, from the basic sphere to ones that have homing ability, explosive powers or camouflage (it’s a ball that looks like a cube, unsurprisingly) you fill face waves of cubes which must be destroyed and your base defended at all costs.

A game developed by ShockPanda Games, who also responsible for the title Space Bunnies, it features simple but crisp graphics and gameplay. The demo available on Oculus VR Share supports the Oculus Rift DK2 head-mounted display (HMD), whilst downloads are also available via iTunes’ App Store and the Google Play store.

You can see a trailer showing the game in action below, whilst for further technical specifications please see the Oculus VR Share page linked above.

New To VR will be back on VRFocus tomorrow with another new VR videogame.

The post New To VR: Cubes Vs Spheres Brings A New Kind Of Geometry Wars appeared first on VRFocus.