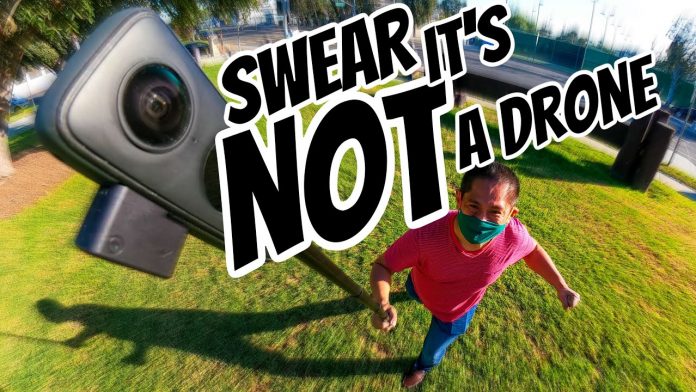 
There’s a new flying camera effect for Insta360 One X2 (reviewed here) called Flythrough. Here’s a tutorial for it, plus 5 tips, and how to simulate this effect on other 360 cameras such as Insta360 One R or GoPro MAX.  Here’s the video:

Insta360 One X2 is a 5.7K 360 camera with amazing stabilization that can look like an invisible flying camera.  Now, Insta360 has taken the effect a step further by making it seem like the One X2 can fly through barriers such as fences, trees, or playground equipment.  What’s remarkable is that the effect works automatically within the mobile app, with no editing needed.

The flythrough effect only works for Insta360 One X2.  But in the tutorial above, I show how you can simulate the effect using other 360 cameras as well (with limitations).

The post New “Flythrough” flying camera effect for Insta360 One X2 and a workaround for other 360 cameras appeared first on 360 Rumors.