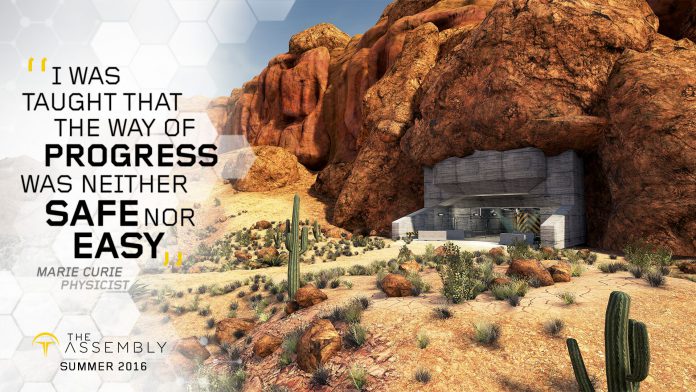 It has been a momentous start to the year for nDreams following its BAFTA presentation on the development of its first major virtual reality (VR) title, The Assembly. The VR-exclusive studio has now announced its launch date for the title, which will be available for the Oculus Rift, HTC Vive, and PlayStation VR head-mounted displays (HMD), and has also released new screenshots.

The Assembly is an immersive first-person videogame which has two linear storylines running alongside each other, concerning the mysteries of underground experiments conducted outside the constraints of government scrutiny and society’s morals. The release date for the Rift and the Vive version, which both launched earlier this month, is summer 2016, followed closely by the PlayStation VR edition after the release of the HMD this October.

The screenshots below feature various settings in the videogame, such as high-tech labs and isolated deserts, with quotes from famous scientists reflecting the subject of morality within science.

For the latest on the developments of nDreams and all VR news stay with VRFocus. 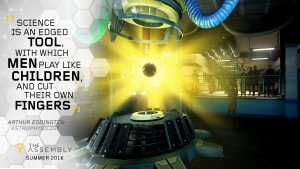 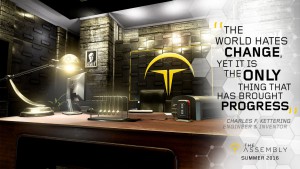 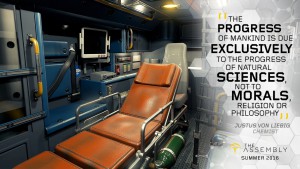