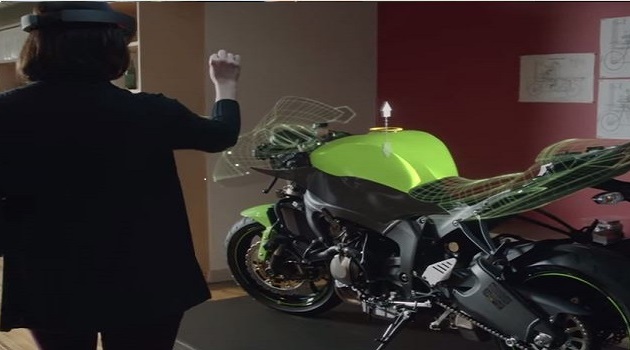 Kudo Tsunoda has a long history with Microsoft’s Xbox brand, perhaps most famously helping to introduce its Kinect motion-sensing camera for the Xbox 360. Since then Tsunoda has worked with Microsoft’s third and first-party developers to create content for the Xbox One, including upcoming experiences such as Scalebound and Quantum Break. However, this week has seen the figurehead step back from his role at Xbox and move on to another area of the company where he’ll help work on the HoloLens mixed reality (MR) head-mounted display (HMD) among other things.

As reported by Polygon, Tsunoda has moved on to the new role of VP of Windows Apps Studio. There he will help work on a number of devices in the works over at the company. This includes HoloLens and Microsoft Edge, where he will help developer the detection of voice and gestures. Given his work with Kinect, this certainly seems like a fitting move for the developer.

HoloLens consists of a pair of see-through lenses that, when used, will display virtual content in the real world, hence the term ‘mixed reality’. It features an on-board computing system, allowing it to be used without having to be tethered to a PC. While a consumer version of the device remains under wraps, Microsoft did recently announce that developers could now apply to get their hands on one of the first developer kits. Successful applicants will be able to pre-order the device in January 2016 with shipments expected later in Q1 2016.

VRFocus will continue to follow Microsoft’s work with HoloLens, reporting back with the latest updates from the company.