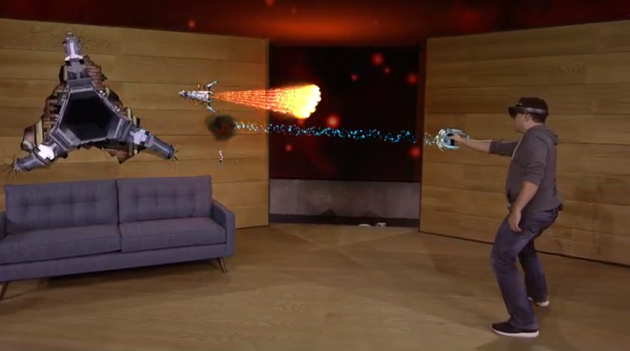 Microsoft will be kicking 2016 off with the launch of the developer edition of its much anticipated HoloLens mixed reality (MR) head-mounted display (HMD). Back in October 2015 the company launched applications to pre-order the device for some $3,000 USD, with successful developers getting the chance to lay down an early order in January. Details on the full consumer version of the device are yet to be revealed but, when it does launch, it’s not expected to be a ‘gaming-first device’, according to Microsoft itself.

Larry ‘Major Nelson’ Hryb, Director of Programming for Xbox Live, recently said as much. Speaking to GeekWire – as transcribed by Examiner – Hryb noted: “HoloLens is not going to be a gaming-first device, that’s not what they designed it for. Eventually we will and I’ve played some amazing games on it, but right now [the HoloLens team] is focused on shipping a great product and making sure it’s going to hit all of the right notes.”

Of course, the $3,000 price tag for the developer edition isn’t consumer facing, but it does suggest that the kit will be far more expensive than an Xbox One or other videogame platform. That said, Microsoft has already revealed several gaming applications for the device, first showing a new version of its ever-popular Minecraft series running in the device. Last month HoloLens was also seen being used to stream gameplay from an Xbox One running Halo 5: Guardians. It’s yet to be confirmed if this feature will make it into the full device. A original IP for the title, named Project X-Ray, can also be seen above.

VRFocus will continue to follow HoloLens closely, reporting back with any updates on the kit.

The post Microsoft: HoloLens is not ‘gaming-first’ but Will be ‘eventually’ appeared first on VRFocus.