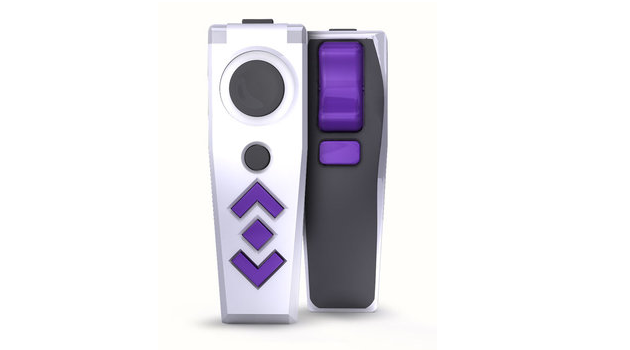 Earlier in the year VRFocus reported on the news that Merge VR, a new mobile virtual reality (VR) head-mounted display (HMD) will feature a dual input solution in the form of 2 buttons located on the top of the device. As fans of the tech will know, however, the kit will also be getting a motion controller for more immersive input later down the line. The remote-like object is still in the works, but Merge VR has now confirmed to VRFocus that the HMD will support 2 of these controllers at some point in the future.

Executive Vice President Dan Worden confirmed as much to VRFocus in an interview that will be published later this week. “So we’ve pretty much finished the development of the controller,” Worden explained. “It’s a great piece of kit. It’s a motion controller that also has acceleration in it. So you can compare it to– it’s similar to the Wii-like type of experience only it doesn’t use cameras, it’s Bluetooth connected. It’s a 9-axis motion controller and it’s got 8 buttons and a joystick. So it’s fully functioned, it’s light in the hand, it’s easy to use and very intuitive in the feel of it as you hold it to point and click or drag. So we’re really excited about what that will offer and it will offer just a whole new level of interaction with virtual reality.

“In terms of release we’re focused right now on finalising and tuning it and then getting that out as a dev kit for our controller developers to use to really start developing apps that will take the full functions of this and really make it fun,” he concluded.

Merge VR will be going on sale later this week in the UK for £49.99 GBP and is available for pre-order at GAME online. VRFocus will continue to follow the device closely, reporting back with any further updates on its progress.