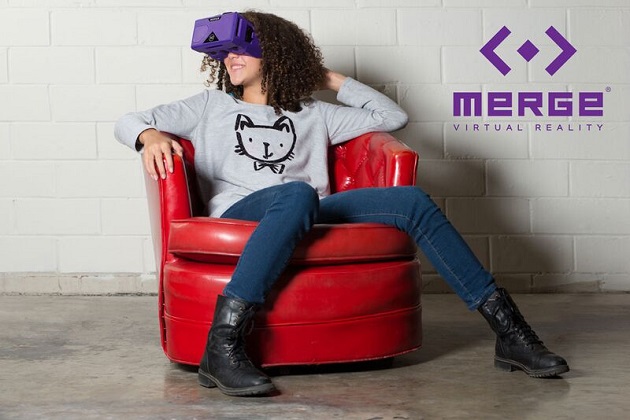 In the run-up to the official launch of the Merge VR on 30th October 2015, the virtual reality (VR) mobile head-mounted display (HMD) company is doing a tour of GAME stores in the UK. Last month Merge VR announced a partnership with GAME that would see its HMD available via the UK retailer’s online store, and last week VRFocus reported on a distribution deal that will extend to GAME’s physical retail stores.

GAME which is the UK’s leading videogames retailer has signed an exclusive deal to stock the HMD at all of its UK stores. The retailer also plans to extend the availability   to all of its locations, which includes Spain, totaling 557 stores.

The final tour dates for October are: Birmingham, Manchester, Leeds on 14th, Newcastle (new flagship store at Metro) on 15th, Westfield Stratford on 16th, Hammersmith, Edgware on 17th and Cardiff on 18th.

The Merge VR HMD is compatible with iOS and Android smartphones, and is made of a soft, lightweight foam and adjustable lenses make it easy to optimise the display for each person. The HMD will also support dual inputs allowing for interaction with the virtual environment, whether it’s shooting, jumping, or simply pausing and playing a video.

Merge VR is available for pre-order through GAME’s website and stores. VRFocus will continue to keep you updated on all the latest announcements from Merge VR.