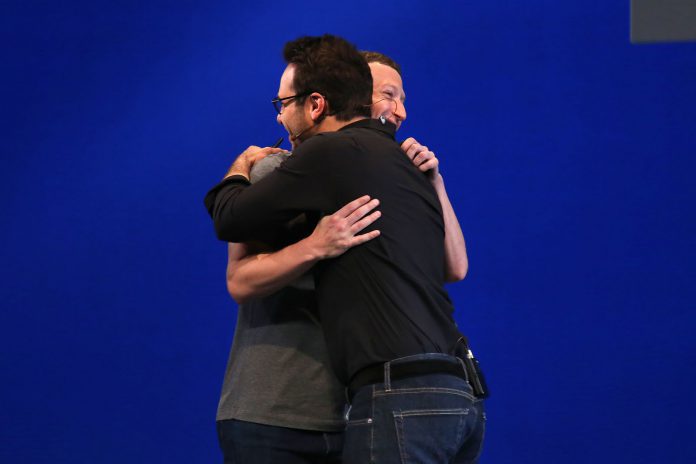 Social networking giant Facebook is betting big on virtual reality (VR). The company made that clear last year when it purchased tech specialist Oculus VR for some $2 billion USD. Head-mounted displays (HMDs) such as the Oculus Rift have plenty of potential applications from within sites like Facebook, then, but CEO Mark Zuckerberg has one very specific experience he wants to deliver with the tech. The founder wants to be able to share his daughter’s first steps within VR for friends and family to see.

Zuckerberg said as much during a Townhall Q&A at the Indian Institute of Technology (IIT) in Delhi, India earlier this month. “So, you know, my wife and I are expecting a daughter sometime soon,” he revealed, pausing as the crowd applauded. After thanking the audience, he continued: “You know, people write to their parents “Oh, you know, our baby had her first step.” So you take a photo or, more recently, you take a video. I want my family to be able to be there, right?

“So to take a video or capture that experience of her taking her first steps and then to be able to share that experience and make it so that my parents, my friends who weren’t maybe able to be there in person can feel like they’re there and experiencing that and seeing her do that and take those steps. And that, I think, is going to be really magical,” he added.

Facebook’s own first steps into integrating the Oculus Rift will include allowing people to view spherical 360 degree content, be it videos or photos, in VR. There’s no timeline for when this feature might arrive, although such videos were first launched on the platform last month and mentioned by Zuckerberg himself at Oculus VR’s Oculus Connect developer conference. The consumer version of the Oculus Rift is expected to launch in Q1 2016, so expect some news on possible support around this time.

VRFocus will continue to follow Facebook’s work with VR closely, reporting back with the latest updates from the company.