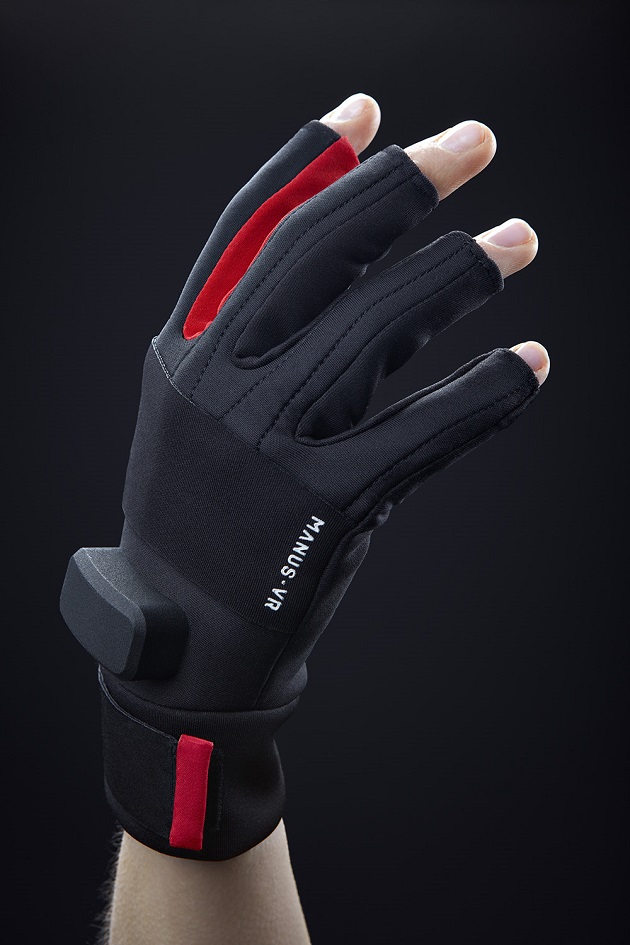 One peripheral synonymous with virtual reality (VR) through its portrayal in films and books is the glove controller. One company making that idea a reality is Dutch firm Manus VR, and today sees the unveiling of its first developer kit alongside the announcement that the gloves will be compatible with the HTC Vive head-mounted display (HMD).

Manus VR launched pre-order reservations back in December, presumably to gauge interest. The company has now released the first image of the developer kit which will retail for $250 USD. Pre-orders will begin in Q2 this year with Manus VR indicating shipments will begin in Q3 2016.

Included in the kit are a pair of gloves with integrated, washable electronics, a USB dongle allowing for extremely low latency connection, less than 5 ms. Two wrist mounted holders for the HTC Vive controller that allow the Manus gloves to take advantage of the Lighthouse Room Scale tracking system are also featured. The developer kit is open source, and includes plug-ins for Unity, Unreal, Android, C#, 3DsMax and Maya with other engines and development tools on the way.

Manus VR will be taking the kit to next weeks Game Developers Conference (GDC) in San Francisco. At the event the company will be demoing a new videogame designed specifically for the glove, created in collaboration with newly formed Pillow’s Willow VR Studios. The title Pillow’s Willow is a puzzle videogame centred around a virtual dollhouse. In it players complete the puzzles to help a little orphan find her way back home and escape from her haunted realm.

VRFocus will continue its coverage of Manus VR, reporting any new updates from GDC.