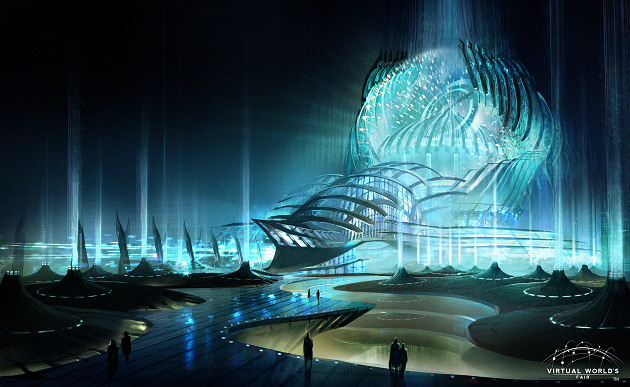 Landmark Entertainment Group (LEG) a theme park design company has combined the World’s Fair tradition with modern virtual reality (VR) to create the concept for the Virtual World’s Fair. The VR experience mixes real-time social interaction, entertainment, education, and shopping, just like a traditional world’s fair, but all from the comfort of your own home.

The experience has been developed in conjunction with the Pavilion of Me (P.O.M.) concept. P.O.M. is designed as daily-use in-home entertainment portal that reimagines everyday activities such as checking social media, online shopping, watching film and TV content, video chat, and playing videogames into VR.

“Virtual World’s Fair is a concept we’ve been developing for the past 12 months,” said Tony Christopher, President & CEO of Landmark Entertainment Group in a statement. “We used our expertise in the theme park and live entertainment space to create a virtual destination for all ages. This is a place where you’ll spend from moments to hours each time you visit, and return to repeatedly, either solo or with your friends and family in tow, just as you would a real-world theme park. It will be the greatest never-ending show on Earth.”