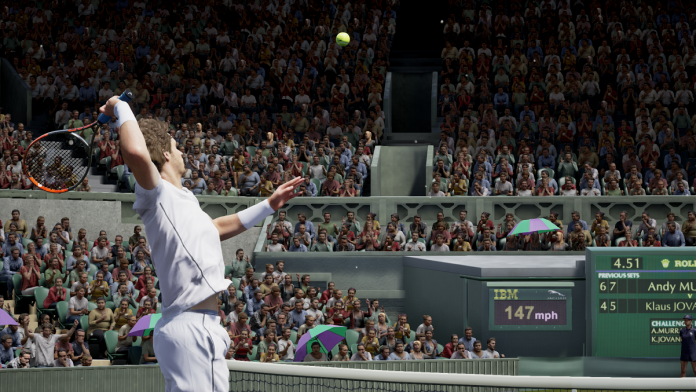 Virtual reality (VR) is often used in sports to give fans a new perspective, and with one of the UK’s biggest sporting events coming up, there have been special measures taken to give a new experience to the classic sport. Andy Murray, the British Wimbledon champion of 2013 and brand new Jaguar UK ambassador, has revealed a new campaign which uses VR to place fans into the Wimbledon’s Centre Court.

In the #FeelWimbledon campaign, VR is used to bring fans as close as they can to being in Murray’s shoes in the Centre Court, which can be viewed in a 360-degree video below. In the video, viewers travel in a bird’s eye view overlook across the venue, flying over the walls and into the court where Murray is about to smash a ball down to victory.

This experience by Jaguar captures Andy Murray using 125 motion sensors and DSLR cameras to create a 4D scan of Murray, as well as the venue itself and the 14,000 characters who populate the scene. Andy Murray himself commented on the campaign and what it means for fans: “There’s no greater feeling than walking out onto Centre Court. It’s hosted so many incredible matches, the greatest champions ever, and the atmosphere is truly one of a kind. This special experience is reserved for very few players and supporters, so it’s amazing that Jaguar’s VR experience can bring people closer to the unique feeling of tennis’ most famous court.”

Jaguar tries to merge together both tennis and cars, which hasn’t traditionally been the case before, and in the description of the 360-degree experience it is stated: “As creators of world-class performance, we’re taking fans closer than ever to the heightened emotions that make Wimbledon so extraordinary. Because in tennis, as in cars, not all performances are the same.”

For more on the latest news and updates in the world of VR, make sure to check back with VRFocus.