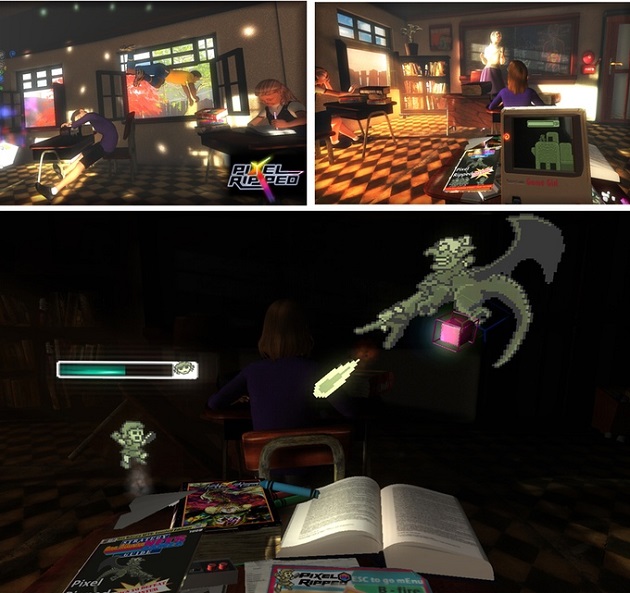 Developing for virtual reality (VR) is anyone’s game as there is an incredible influx of independent forces all working individually for the same cause: to make VR happen. This isn’t a new phenomenon in any sense of the word as there have always been indie developers for all industries, especially in the gaming industry, but what’s different about being an indie dev in VR is that there isn’t any promise as such of success as you are essentially betting on something entirely unpredictable. But what it takes, and did it have to take, for a developer to pack up their previous work to concentrate on pioneering a new industry is something worth being noted.

Developers in VR have come from all different walks of life, some which don’t make sense when looking at professional transitions, and one that has taken a 180-degree turn on her life is Ana Ribiero, Creator and Designer of Pixel Ripped. Ribiero spoke to VRFocus of her previous career in Brazil and how she took the leap to leave it behind to pursue videogame development in the UK – although this wasn’t her first time in changing the direction of her career: “I did follow a lot of what my father believed was the best for me, so I did a degree in Psychology, worked for 5 years on the Justice Council doing divorce documents and then in a form of escape I started to cook pies for my colleagues. People in the corridors of my work started to ask for me to sell those pies. It quickly grows until a point that I was selling 4 thousand pies a month.

“They questioned me about how I would like my business to be in 5 / 10 / 15 years and then how would you like your life to be on these predictions. This was the moment of my life that I took a breath and realised what I was doing was not what I wanted for the rest of my life. I took a deep thought and wasn’t hard to realise that the thing I always loved to do my whole life was to play video games. I took a deep breath and decided to do a life change, decided to finally do what I love and follow my dreams. I then sold my car, quit my job and got the money I had saved from the pie business and came to England to start to learn how to make video games.”

From then onwards Ribiero studied for a Masters in Games Design where Pixel Ripped formed in the shape of her final project, from which the title has grown with the help of Stef Keegan. Ribiero doesn’t seem to be calming in her passions as a VR dev and isn’t fazed by the questions surrounding the stability of VR, saying: “It felt for the first time in my life like I was doing the right thing. For the first time, I did not have any doubt about taking this step. It felt and still feels like living a dream.”

Phil Morrow, pictured below, CEO of RETìníZE, a VR content producing studio, came from a different background to the creator of Pixel Ripped, one that certainly makes you question why he left such a well-established career to produce content for VR. Morrow was a TV producer who has worked for the likes of British broadcasts such as ITV, Channel 4, and even served as Head of Programmes for Ulster Television (UTV), but the seed was sown by his son which took Morrow’s love of content production to a new platform: “One of my sons actually brought a DK1 back two years ago, he lives in San Francisco and runs a tech company out there. He showed me the DK1 and was looking at it thinking “this has so much potential for story telling”, and so we spent nearly a year doing a bit of R&D and thinking about what to do, and a year ago we decided to dive into this properly.” 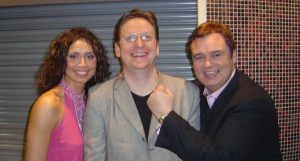 RETìníZE currently has a range of content that has been filmed and developed, including a piece that takes place on a park bench which places the viewer in an uncomfortable conversation with a homeless person. It’s these types of pieces created by the studio that is particularly influenced by Morrow’s history: “You could never do that with television, to make someone feel uncomfortable. That’s something very unique to VR and it’s exciting to create it.”

Rather than casting the risks aside like Ribiero, Morrow wholly embraces the dangers of shifting from mainstream to niche, saying: “I’ve always taken risks. I kind of get a buzz out of taking risks and doing things that are counter-intuitive, because for me it’s the ideas that no one expects to work. I was at a stage in my life that I wanted to get my teeth into a new challenge. I’m an experienced business person so I know the rate at which we can do this to stay in the game – we’re not going anywhere, we’re in this for the long haul.”

Morrow doesn’t plan on leaving TV behind as he explained to VRFocus that he plans on creating high-end content, which is expected of someone from his level of expertise. The transition between TV and VR, however, doesn’t necessarily seem to have to be as black and white as Morrow explains: “You get a whole range of reactions from “oh what’s that”, others who look terrified that you might know something that they don’t. I don’t think there are enough people to know about VR in TV to turn their noses up at it, and I’m currently talking to broadcasters about doing things.” 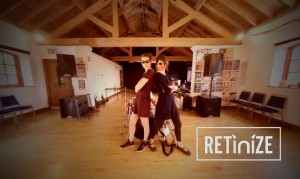 So this brings it back to the initial point: VR is anyone’s game, but only for those who have the guts to make it happen. What makes the new tech a stand-out revolution is that there are voices emerging left right and centre giving their input, and there is no such thing as a hierarchy to silence the initiative being taken by pie-makers or ex-TV producers alike.