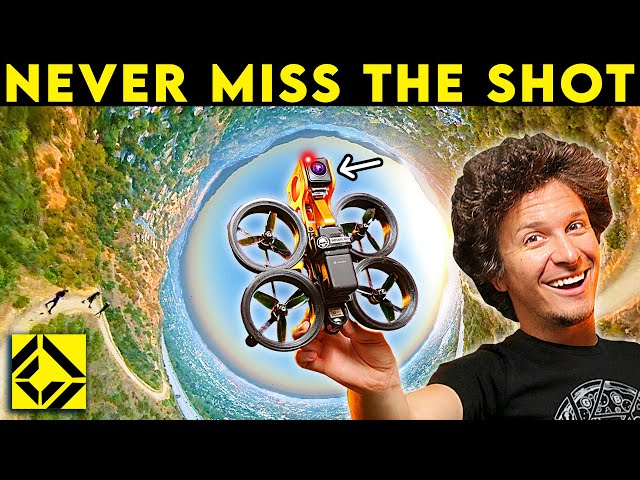 
How would you like an invisible drone?  Corridor Crew used the Insta360 One R Aerial Edition on an FPV drone using a custom-made frame, which enabled them to capture aerial 360 videos without the drone visible in the shot.

I have a One R Aerial Edition too, which I will be reviewing after I post the HQ Method class this week (the videos have all been uploaded except for just one last introduction video).

At the end of Corridor Crew’s video, they mention Cinebird by Stan FPV, a hand-built FPV drone that can be used with a regular, unmodified Insta360 One R (with 360 mod) or GoPro MAX (reviewed here).  I actually ordered the Cinebird more than two months ago, and supposedly mine is on their build desk, although I don’t know exactly when they’ll finish.  So if you order one, please note that they have a really, really long waitlist.  And please note that flying an FPV drone is far difficult than flying the Mavic even on ATTI mode.  But the Cine-Bird footage looks similar to what the Corridor Crew got: