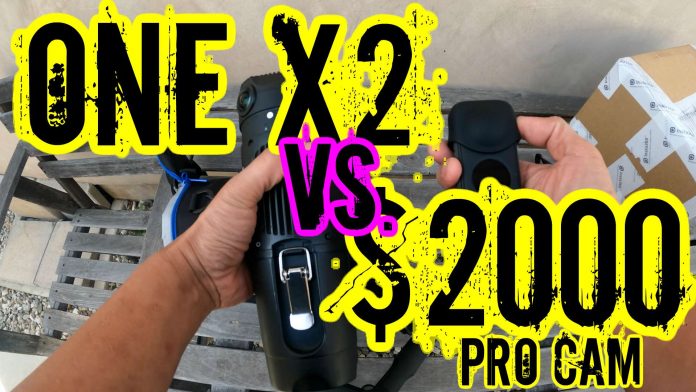 
Insta360 One X2 is a new 360 camera that replaces the popular Insta360 One X.  I saw this camera in August 2019 when I visited Insta360’s offices and I’ve been beta testing it for the past couple of months.  Here’s a hands-on review and how it compares with the Insta360 One R (reviewed here).

A lot of people bought the Insta360 One R during the Amazon Prime Day sale, and now they’re wondering if they should return the One R?  If you’re one of those people you shouldn’t worry.  Here’s why.

As I mentioned in the video, I saw the One X2 back in August 2019, before the One R was released.  This means they were both being developed simultaneously and were intended to be sold at the same time, which underscores the point that the One R and the X2 serve different markets.  The X2 is not a replacement for the One R.

This has at least two precedents.  Insta360 once sold the Insta360 One and Insta360 Nano S simultaneously.  Both had similar video quality but had different form factors targeted toward different users.  Insta360 also sold the Insta360 One X and Insta360 Evo concurrently.  Both had very similar specifications, except that the EVO could be converted into a VR180 camera, while the One X had better stitching due to less parallax error between its lenses.

If you bought the One R because of its unique advantages, then don’t worry – none of those advantages are going away.  If the One R wasn’t a perfect fit but you bought it anyway because you felt there were no alternatives, then the X2 may be better for you.

Join the One X2 Users and Fans group here.   I will endeavor to keep the group positive and supportive.  No spam and no rudeness allowed.

If you have any questions about the new camera, please post them in the comments.