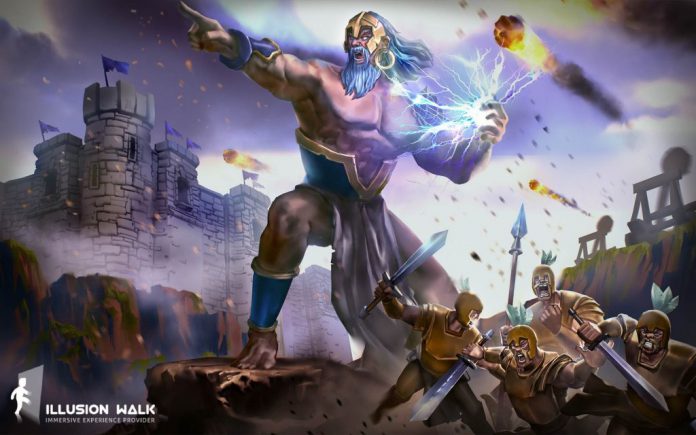 German technology company Illusion Walk has announced that its virtual reality (VR) device, Immersive Deck is now ready for a public beta launch, and with it the firms VR experience KolossVR.

The company has relocated to a new office in Berlin extending its VR lab to 150m². The real-time platform allows multiple users to walk and interact as teams in virtual worlds, and now after its last testing phase both single users and teams can register for the public beta program.

Jim Rüggeberg, CEO of Illusion Walk KG said in a statement: “We are very excited to announce the start of the Immersive Deck beta program. After two years of development behind closed doors, it’s now time to open the platform for interested beta testers and potential licensees. We expect to gain valuable feedback and first results of system key figures. Content development targeted at walkable, real-time VR holodecks is still at the very beginning and we also hope to get support from the VR community. Being in direct contact with the testers will help us enormously and the feedback will be directly used in our further development.”

Alongside Immersive Deck Illusion Walk has been working on KolossVR a large scale VR title for teams to use with the platform. Very few details have been released on the actual features and content of the videogame other than a couple of images. One which can be see above and the other below seem to show warring factions using a range of medieval weaponry mixed with magic.

Head to the Illusion Walk beta sign up page if you’re interested, but you’ll need to be over 18 and live in Germany. As VRFocus learns more about KolossVR and the Immersive Deck we’ll let you know. 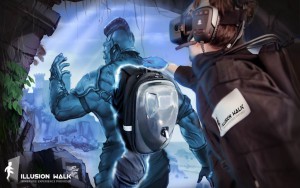