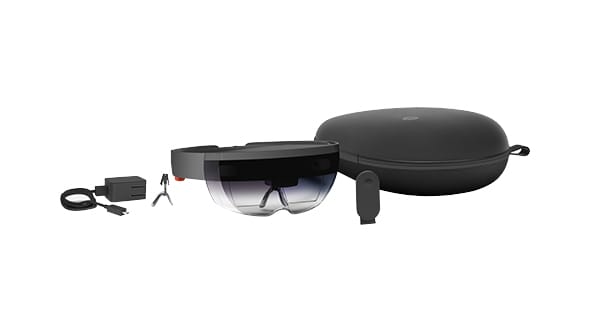 The Microsoft HoloLens Development Edition was previously only available for certain developers and business partners through a thorough application, but now it has been announced that there is no application needed for the purchase of your own dev kit – if you live in the United States or Canada.

This news comes with the Windows 10 Anniversary Update, which features Alex Kipman, the creater of the HoloLens, who rounds up all of the updates in one, which can be seen below. The first is that Microsoft states on the update itself online that there will be no more waves, and devs can purchase a HoloLens Development kit without a lengthy process: “We’ve fulfilled the orders for our first waves of developers, and today I’m pleased to announce that we’re expending the program, making HoloLens Development Edition available to all developers and business customers in the United States and Canada.”

As well as this, there is the introduction to the HoloLens Commercial Suite, which includes: Kiosk omde, where you can demo and showcase experiences; Mobile Device Management, so devs can switch between the devices and manage settings, apps, and installations; Indentity, so devs have all the security they need; Windows Updates for Business, where devices can receive updates; Data Security, which uses BitLocker data encryption for the same security as other Windows devices; Work acces, so anyone in your organisation can remotely access the network; and Windows Store for Business, where your IT department can also set up a private store of their own for HoloLens usage.

Other than the announcements, Kipman seemed pretty excited about the experiences that have come to the HoloLens already, saying: “By the way, it has been super exciting to see and play with all the holographic experiences you have been putting in the Windows Store.  Myself and the whole team have fun trying them out every week.  Please keep the feedback and holographic apps coming.”

For more on the HoloLens, as well as all VR and AR news, stay with VRFocus.