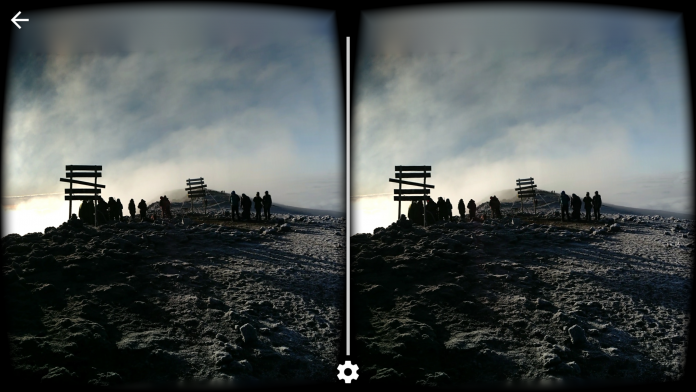 Google has made 360 degree content accessible and easy for smartphone users with a Google Cardboard mobile-based virtual reality (VR) head-mounted display (HMD) over the past few years. The DIY device makes it simple to view a wide range of photos, videos and other VR-based media using the phone as both a display and head-tracking tool. Today, however, the company is launching a brand new app that will help people actually create their own 360 images for viewing with the kit. That app is simply called Cardboard Camera.

The app is now available for free for Android users, though it remains to be seen if and when it will show up on iOS. As with other panoramic apps, the software simply gets users to take photos in a circle which it will then stich together for you to view within a Google Cardboard compatible device. The app is said to take 3D images to add to the VR effect, and even allows for users to record sounds with the photo to help add to the atmosphere.

Cardboard Camera marks the latest in a series of steps that Google has taken to increase its support for the Google Cardboard concept. Earlier in the year the company finally integrated the device with its official YouTube app on Android, allowing people to view any 360 degree content through the HMD. Following that, it also added the ever-popular Google Street View app to the list of compatible software so that users could type in an address and then put on the HMD and essentially be teleported to that location.

VRFocus will continue to follow Google’s work in VR closely, reporting back with any other updates from the company.