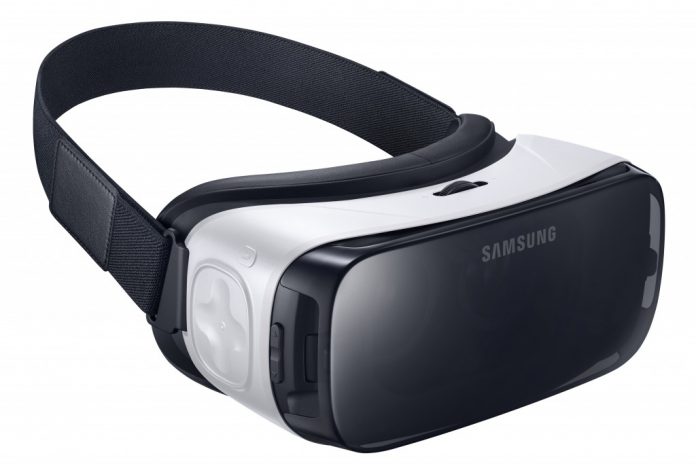 There’s only a few days to go before the official launch of the consumer version of Oculus VR and Samsung’s Gear VR head-mounted display (HMD) in the US, with customers due to receive their pre-orders on Friday 20th November. While it was announced international availability would be coming soon after the US launch, Samsung hadn’t given an actual time period. Now on the company’s site those details have been revealed, although only on the German version currently.

Listed on Samsung’s German site is the Gear VR consumer version, priced at €99.00 EUR. This is the first time a European price has been advertised, and that price is a special discount for pre-orders. The normal retail price will be €117.81 EUR. The page also reveals that consumers who do pre-order the headset should expect delivery on 1st December 2015. It’s unclear if the delivery date will be the same across Europe, as the UK and French versions of Samsung’s site are yet to show any new listings. A UK price of £79.99 GBP was revealed at the recent VRTGO event in Newcastle, UK.

This new model is said to be 19 percent lighter than the previous edition. Samsung and Oculus VR have also lined up plenty of new software for its release including the likes of Land’s End from Ustwo Games, Dead Secret from Robot Invader and Bandit Six: Salvo from Climax Studios. The release comes just a few months ahead of Oculus VR’s PC-based HMD, the Oculus Rift in Q1 2016.

VRFocus will continue to follow all the latest news on the Gear VR and its official global rollout.