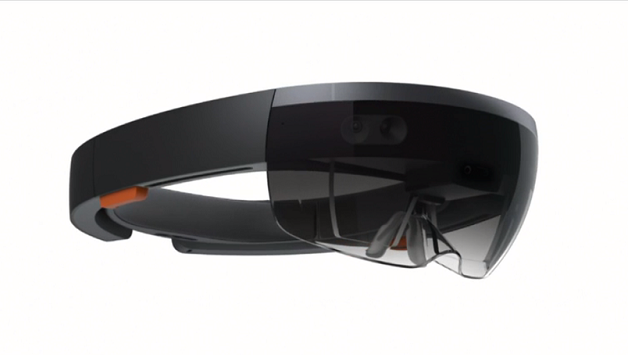 The last time VRFocus reported on Microsoft’s intriguing mixed reality (MR) head-mounted display (HMD), HoloLens, it was to cover statements that a consumer launch of the kit was likely a long way off. The company’s Alex Kipman cited the kit’s limited uses right now in saying that it would be a long time before it could be deemed a consumer-ready product. Despite this, rumours today are suggest that the development edition of the device is could actually be going up for pre-order in the very, very near future. As in today.

Fortune reportedly posted a new story about the device’s pre-order campaign hitting today before swiftly taking it back down. A cached version of the page, however, seems to confirm its existence. The article does indeed state that pre-orders for Development Edition of HoloLens would go live today, the very same day that people will be able to place an early order for the consumer HTC Vive virtual reality (VR) head-mounted display (HMD). Not only that, but the device is said to be going on sale on 30th March, which is between the release dates of the Oculus Rift (28th March) and HTC Vive (5th April).

Fans that have followed HoloLens over the past few months will recall that Microsoft confirmed pre-orders for the Development Edition would be going live in Q1 2016, so there’s some real weight to this rumour. It’s not clear, however, if this will only be for developers that applied earlier on.

The article continues, making reference to a blog post from Microsoft’s Kudo Tsunoda that VRFocus reported was leaked earlier today. He makes mention of Young Conker, which seems likely to be a return of Rare’s beloved platform-based franchise as well as two other projects in Fragments and RoboRaid. The latter is said to be Project X-Ray, an MR shooter of sorts that Microsoft showcased on-stage late last year.

Elsewhere it’s said that non-gaming apps for the device will include a new version of Skype and HoloTour.

Stay tuned to VRFocus for the latest on HoloLens.