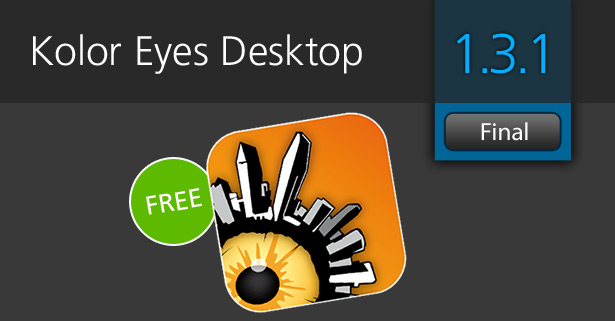 Kolor has just released a brand new version of its free 360 videos player: Kolor Eyes Desktop. This new version fixes some bugs related with the Oculus and also with display problems on Retina screens on Mac OS.

Want to know more? Read the change log below:

This release mainly fixes some issues related to Oculus support. We added a needed link to Oculus license in Kolor Eyes license terms.

It also fixes a bug with Retina support on Mac OS.

– 0003954: [API] Auto notification of available software update is not working