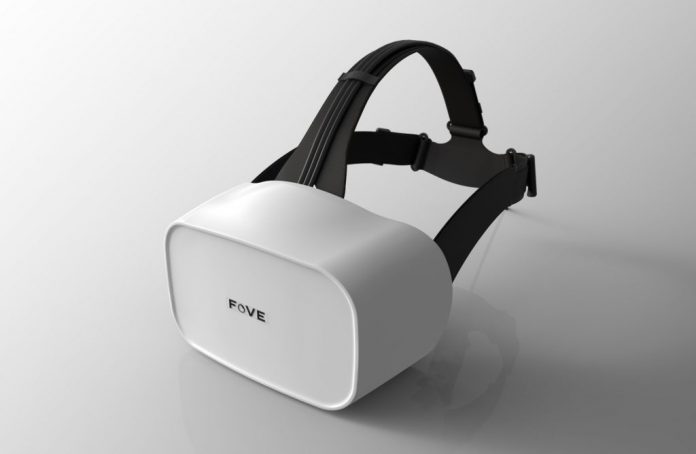 FOVE Inc. the Chinese company behind the virtual reality (VR) head-mounted display (HMD) that features built in eye tracking, has today announced it’ll be showcasing a new design at the SIGGRAPH Computer Graphics and Interactive Techniques Conference and Exhibition 2016 this week.

The new design for the FOVE HMD features a more lightweight construction, removing the side panels so now there’s only straps instead, pretty much in keeping with headsets like HTC Vive and Oculus Rift. Not only does this greatly reduce weight and size, but it also improves wearability and comfort whilst making the product more efficient to produce.

“We’ve put an enormous amount of thought and care into an industrial design that is as wearable as any headset on the market” said Lochlainn Wilson, co-founder and CTO, “while continuing to refine our revolutionary eye-tracking technology.”

At SIGGRAPH 2015 FOVE Inc. won the SIGGRAPH Special Prize at the Digital Content Expo Innovative Technologies 2015, leading to an invitation to this year’s event and this showcase.

“Eye-tracking is going to change the way we play games, watch interactive stories, and socially communicate online,” said Yuka Kojima, co-founder and CEO. “I’m excited to demo our new headset design to fans, peers and our growing base of development partners.”

There’s also more announcements to come as Kojima added: “Getting the new design ready for Comic-Con and SIGGRAPH was one of the major milestones of our summer, but we will have some more exciting news very soon.”

The company released an update on its progress earlier this month, detailing new software upgrades alongside talking with its parts suppliers. With a new design in place FOVE the ‘exciting news’ might just be a release date, as its original Kickstarter launch date was May 2016.

VRFocus will continue its coverage of FOVE Inc., reporting back with any further announcements.