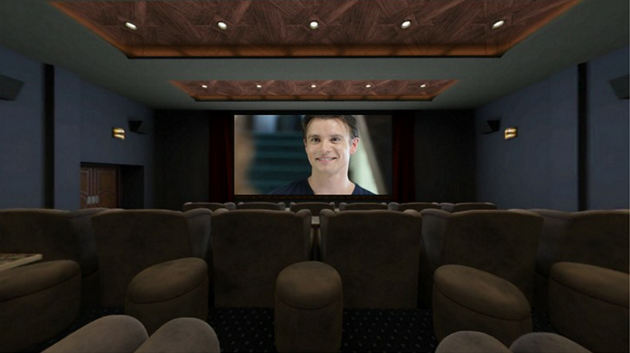 Samsung’s Gear VR head-mounted display (HMD) has a wealth of 360-degree videos to view. Some are available through apps like Jaunt VR and Littlstar while others are standalone experiences by their creators. While a lot of the films cover a broad range of genres, romantic themes aren’t as abundant. This week though A+E Networks has released its series Fall Into Me – The British Billionaire on to the mobile headset.

Fall Into Me – The British Billionaire is set on the west coast of the US, where Laura a real estate broker is working on her biggest sale yet, a Beverly Hills mansion to a mysterious British billionaire. But a few surprises await. The description reads: Use your Gear VR headset to literally put yourself in Laura’s head as she tries to close the deal with a handsome billionaire who has more than just real estate on his mind…”

The free app contains all eight episodes of the three British Billionaire series with three of them available in 360-degrees. The five normal episodes can be viewed in a virtual theatre environment.

VRFocus will continue to cover the latest Gear VR releases as new ones land on the store.

The post Fall Into Me – The British Billionaire Now Available on Gear VR appeared first on VRFocus.