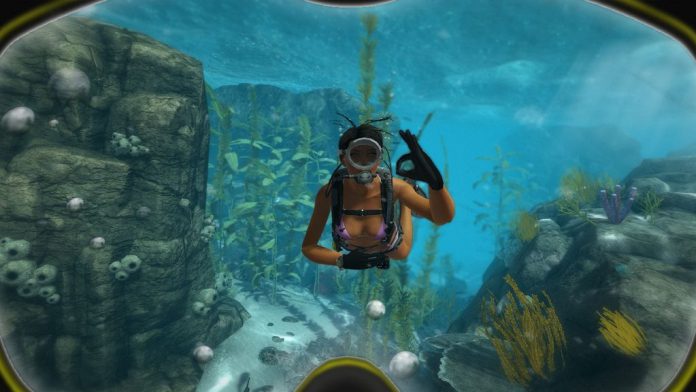 VRFocus has been reporting on Vertigo Games’ exploration title World of Diving for a couple of years now. The videogame has supported the Oculus Rift development kit editions (DK1/DK2), and today the studio has released an update, not only bringing World of Diving to Oculus Home for the first time, but also adding support for the HTC Vive.

An online multiplayer game that encourages players to explore the murky, mysterious depths of the oceans, World of Diving features rusty shipwrecks, WW2 submarines, reefs and a myriad of sea life to discover. Armed with hi-tech deep-sea diving gear and submarine vehicles, a photo camera, and exploration kit, you can go it alone or team up with friends to reveal, salvage and catalogue the ocean.. Players can even try their creative talents out building and sharing their own diving locations and missions with fellow divers.

World of Diving can be downloaded now through Early Access on Oculus Home for £8.79 GBP, or for HTC Vive users head to Steam where it costs £8.99 in the summer sale. Once both stores have finished their sales the price will be the same for both platforms, £14.99.

In October 2015 VRFocus spoke with Vertigo Games who also confirmed that the long awaited Oculus Touch positional-tracked controllers – due for launch later this year – will receive full support for World of Diving.

The developer’s other VR projects include upcoming zombie title Arizona Sunshine and strategy videogame Skyworld, both of which are scheduled to be released later this year.

VRFocus will continue its coverage on World of Diving, reporting back any further announcements.