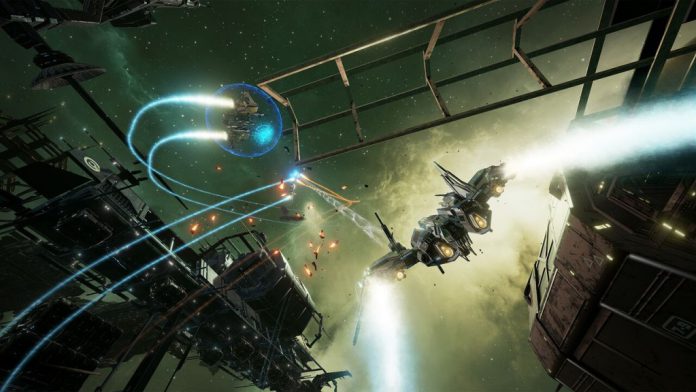 Along with the revelation that Oculus VR will bundle the forthcoming EVE: Valkyrie with all pre-orders of the first consumer edition of the Oculus Rift head-mounted display (HMD), CCP Games recently offered a hands-on opportunity with the latest build of the videogame on PC. But what of the PlayStation 4 edition of EVE: Valkyrie, designed for the PlayStation VR? VRFocus recently sat down with EVE: Valkyrie lead designer, Andrew Willans, to discuss this and more.

A long discussion of the gameplay mechanics featured in EVE: Valkyrie, including progression systems, single-player and multiplayer gameplay modes (which VRFocus will bring you in full next week) lead into discussion of the technical prowess of the videogame. The PC edition was obviously on good form, as you can read in VRFocus‘ latest EVE: Valkyrie preview, but the PlayStation VR edition is reportedly also looking good.

“The PlayStation 4 version is awesome,” offered Willans, confirming that development is moving as hoped. Willians openly stated that the performance of the PlayStation 4 version may not live up to the standard of the PC edition visually, but was quick to suggest that virtual reality (VR) specific issues such as framerate and resolution had already been dealt with.

Discussing the depths of the PlayStation 4 version, Willans suggested that while there is unlikely to be cross-platform gameplay between the 2 editions of the videogame, there would be no reduction in terms of gameplay options.

“We’re still stress testing the numbers, but we’re probably looking at what I would hope would be 10v10,” stated Willans. “It’s all on performance and optimisation, and we’re constantly wrestling what the right value is for gameplay, but ideally you’d have 2 full squadrons on each side.” 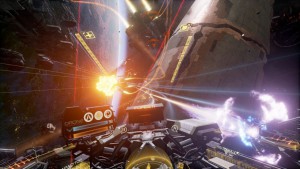