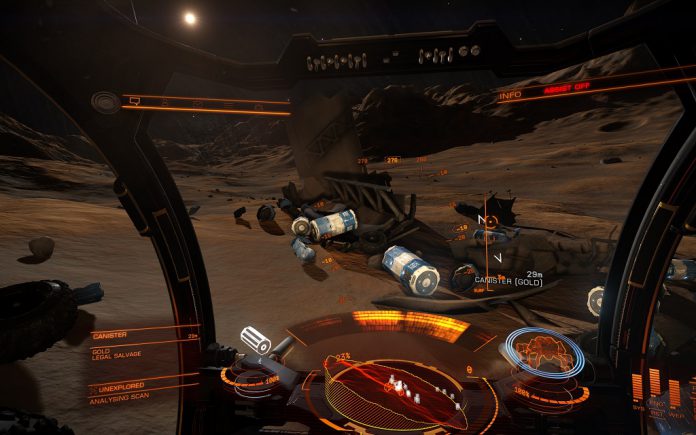 With this week’s news that the HTC Vive virtual reality (VR) head-mounted display (HMD) will now be launching in April 2015, both it and the Oculus Rift are on relatively equal footing in terms of release. The latter should arrive first if it sticks to its Q1 2016 release window, but a specific date is yet to be confirmed. With both launches taking place so close to each other, which is the ideal device to use with one of the biggest videogames to currently support VR, Elite: Dangerous? According to the title’s creator, the answer is whichever hits first.

Froniter Developments’ David Braben recently said as much to Ars Technica. Talking about support for both kits, the famous developer noted that both should be ‘pretty close’ in terms of the experiences they offer within the space simulation title. With that in mind, the ‘best’ choice for which HMD to use, in Braben’s mind, would likely be the one that is first to arrive. At this point in time that looks to be the Oculus Rift, then, though take note that it’s yet to be officially confirmed that the kit will be reintegrated once Oculus VR’s full production software development kit (SDK), 1.0, is released.

Support for the HTC Vive will be arriving now somewhat prematurely, as it launches with Elite Dangerous: Horizons later this month. This marks the beginning of the next season of content for Elite: Dangerous itself, kicking off with the launch of planetary landings. This allows players to set down on the title’s planets for the very first time, taking control of ground-based vehicle and more. All of these new features will be compatible with VR HMDs, though a new VR minimum spec has been put in place. Braben also expressed a desire to support any other upcoming HMDs.

VRFocus will continue to follow Elite: Dangerous and its VR support, providing the latest coverage on it.

The post Braben: Rift and Vive Experiences Will be ‘pretty close’ in Elite: Dangerous appeared first on VRFocus.