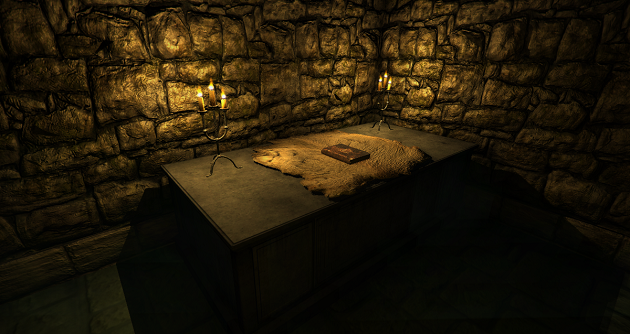 Since White Door Games released the Gear VR version of virtual reality (VR) horror experience Dreadhalls earlier this year, the studio been very quiet ever since. The developer has now revealed its been working on a PC release for the title with support for the Oculus Rift head-mounted display (HMD). And the videogame will be ready to launch at the same time as the Oculus Rift in Q1 2016.

Dreadhalls became a popular horror experience following the launch of a demo version of the videogame soon after the first iteration of the Oculus Rift (aka DK1) became available. The new PC version will feature new environments, new creatures and new gameplay options.

For those that have already played Dreadhalls on the Gear VR, this upcoming PC version will improves on that one with, better graphics and lighting, more detailed textures and 3D models, spatialized 3D audio for greater immersion, and many other bugfixes and gameplay adjustments. The Gear VR version has also received a recent update to v1.2, which features some bug fixes and game adjustments.

If you an Oculus Rift DK2 and have the Oculus 0.7 runtime installed, the original VR Jam demo is available to download for free too.

VRFocus will continue to bring you the latest details on Dreadhalls as White Door Games releases further information.