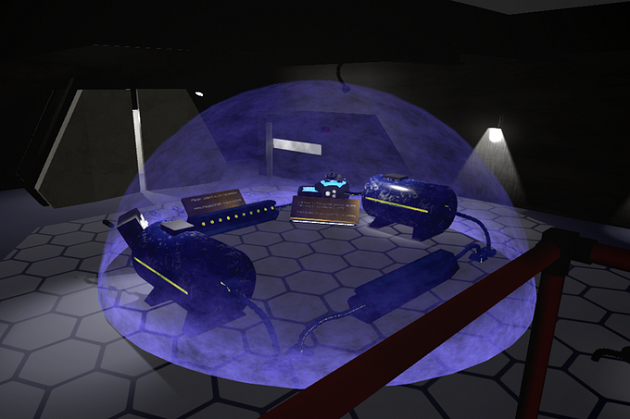 Its been a successful few weeks for indie developer Brett Jackson and his virtual reality videogame Dimensional. The VRTGO contest winner launched a Kickstarter crowd-funding campaign and went up on Steam Greenlight in February, and today sees him surpass his funding goal and get Greenlit by the Steam community as well.

Dimensional’s Kickstarter campaign has raised £1,835 GBP over the month, hitting its first stretch goal at £1,500 GBP meaning Jackson will add Easter eggs into the project for gamers to find. He also noted in a recent update that for each £100 over the stretch goal he’d add another level to the title, so backers will get three additional levels to play.

Dimensional is a first-person puzzle platformer putting players in the role of a rookie soldier tasked with saving an alien race from extinction. Navigating dangerous secret chambers, players must save the alien offspring from hunters looking to wipe them out.

It’ll support both the Oculus Rift and HTC Vive head-mounted displays (HMDs) and Jackson also said in his recent update: “I will also be submitting Dimensional to the Oculus Store and Oculus Concepts and will confirm if it gets approved.” So Samsung Gear VR owners might also get a chance to play Dimensional too.

VRFocus will continue its coverage of Dimensional, reporting back any further announcements.