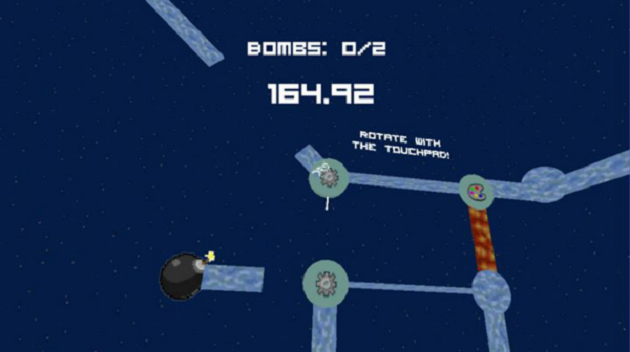 Starting life at the Oculus Mobile VR Jam 2015, Damnfields became one of the finalists for the event. The virtual reality (VR) videogame was inspired by classic 8-bit retro titles from the art style to the music. Even though the title was originally developed for the Gear VR, it had its first launch on Oculus VR’s Oculus Rift head-mounted display (HMD) back in the summer. Now Damnfields has received its Gear VR release.

Damnfields features 4 mini-game modes that all have a timer counting up, so players can challenge friends to play and beat each other best times, once the level is completed for the first time. The 4 modes are an the acronym of the word DAMN, D for Diffuse, A for Antagonists, M for Maze and N for Nature.

Damnfields is available to download for free, and VRFocus will continue to bring you all the latest news and announcements on the Gear VR HMD.