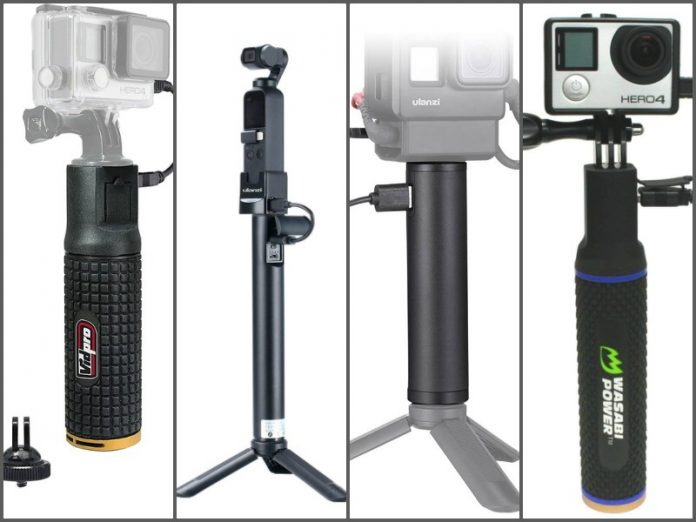 I have a generic version of the BG-1 and I have the Vidpro PG-6.  Both have been very useful to me especially for the Qoocam 8K and XPhase Pro S.  Between the BG-1 and PG-6, I prefer the BG-1 because of its smaller diameter, which makes it less visible to a 360 camera.  On the Kandao Qoocam 8K, it can appear invisible as long as the USB cable slack is wound around the handle so that the cable remains within the stitch line.  I also recommend either a mini-ballhead such as this one, or possibly a thin 1/4-20 thumb locknut.

Besides providing power to my cameras, I have also found these power banks useful for places that have banned selfie sticks, such as Disneyland, especially when attached to a mini tripod.

The post Charge your 360 camera while using it: USB power bank handle review and comparison appeared first on 360 Rumors.