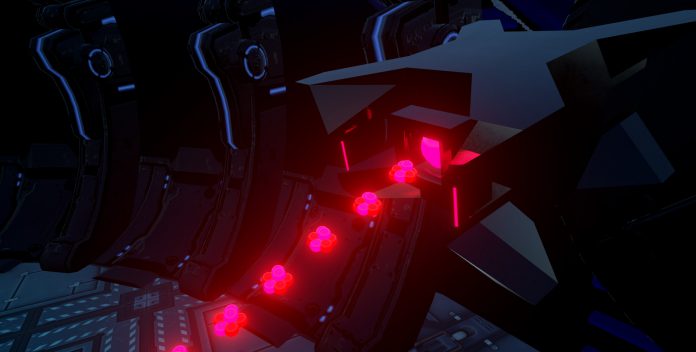 Many gamers have been excted at the prospect of Portal coming to virtual reality (VR), with the appeal of puzzle completion mixed with explosive results. Although there isn’t a full Portal title now, Chamber 19 has taken the task of creating an action-packed strategic puzzler for the HTC Vive head-mounted display (HMD).

Chamber 19 is set in a 3D VR environment which is riddled with bullets, meaning the player must try and find their way quickly but carefully out of complex layouts of plasma orbs which is shot by the enemy at hand who wants to destroy the central core, something the player must protect. This title isn’t just about the action, as the story is the player wakes up in a testing facility run by Chrum, a member of a superior alien race, and you are then made to take tests to process the power of the human brain – essentially work your way through a human testing chamber.

What the game is comprised of is a series of tests that become increasingly harder and more complex as you advance through the challenges, as well as different enemies to overcome. The title promises an “action packed adventure contains hours of bullet dodging fun and offers the chance to edge out the competition on the global leaderboards”, giving it an extra dimension to the gameplay. This title also puts the use of room-scale, so the gameplay will become more immersive as you physically dodge attacks.

The brain testing videogame Chamber 19 is currently available on the Steam Store at a discounted price of £9.34 GBP, which is 15% less than the original £10.99. This special promotion ends on 3rd June.

For more of the latest releases that come to the HTC Vive, as well as all news and updates in the world of VR, make sure to check back with VRFocus.