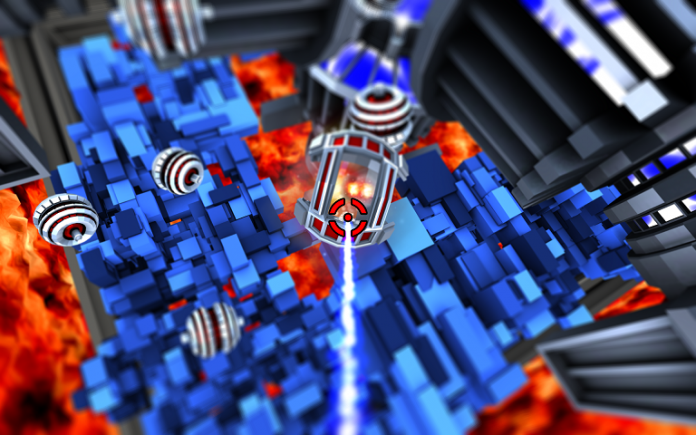 Over the past few weeks VRFocus has been reporting on Caretaker, a new vitual reality (VR) compatible title from indie developer Byron Atkinson-Jones of Xiotex Studios. This unique experience, which sees players explore an alien structure, has managed to both launch and pass a Steam Greenlight campaign since mid-October 2015 and it’s now working towards a Q1 2016 release with support for the Oculus Rift head-mounted display (HMD). Oculus VR itself was very impressed with Caretaker. In fact the company even assumed it was created by multiple people, and sent multiplayer developer kits (DK2) to the studio.

Atkinson-Jones explained as much to VRFocus in a Q&A on the title that will be published in full later this week. “From the start it was clear to me that Caretaker would be a good VR game,” the developer said of the decision to add VR into the upcoming title. “The problem was lack of access to any VR hardware. Eventually I sent a demo of Caretaker to Oculus and the next thing I know there’s a delivery note telling me that part 1 of a multi-part order would be arriving at my door in a few days’ time.”

He continued, revealing that Oculus VR really had been impressed by the title: “It turns out Oculus played Caretaker and assumed a team of people were making it so they were sending a load of DK2’s to us. I managed to get hold of them in time to say it was just me but I got home one night to a tower of DK2’s by my front door – the first part of the delivery was four DK2’s. I often wonder how many I would have ended up with had I not got in touch to say it was just me developing Caretaker. Oculus were incredibly nice and said I should just keep the four DK2’s and I’m glad they did as it’s this that’s allowed me to show Caretaker on more than one PC at MCM Comicon.”

Check back with VRFocus later in the week for the full interview on Caretaker, covering much more about the project.

The post Caretaker Impressed Oculus So Much It Sent Multiple DK2s to a One-Man Studio appeared first on VRFocus.