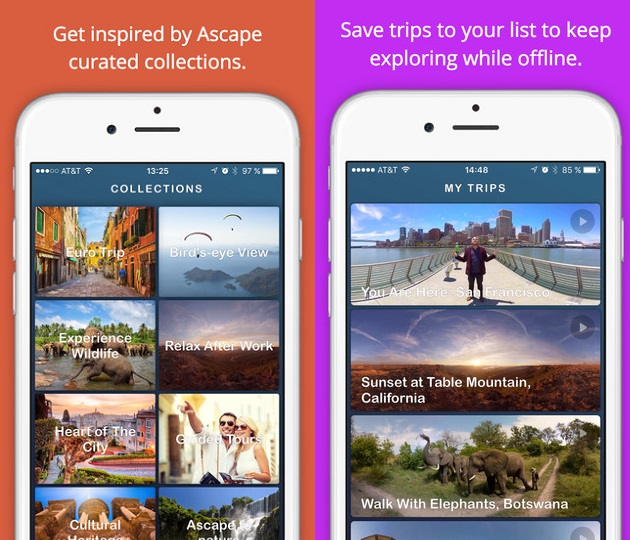 There’re a number of virtual reality (VR) apps that allow users to view various countries and cities across the world as an interactive experience. Ascape VR launched its first tour back in August with, You Are Here: San Francisco on Android. Now the company has announced its app is available for iOS devices.

The new iOS version has been built from the ground up for Apple’s platform, featuring over 45 destinations that span six continents. These include, Hawaii, Uganda, North Korea, India, Botswana, New York City and many more. All the tours feature immersive high quality 360-degree video with positional sound to ensure the best experience.

The app is compatible with all current Google Cardboard style head-mounted displays (HMDs), like Zeiss VR ONE, DoDo Case VR, Homido and MergeVR. While the app is best used with a mobile headset, users can use the software without one.

And also caters for 360-degree video filmmakers too. The company will accept submissions through its website for travel and virtual tourism based films, which producers can earn money from on a per download basis.

Further information can be found on Ascape VR’s website and VRFocus will continue to bring you the latest VR tourism news as details are released.