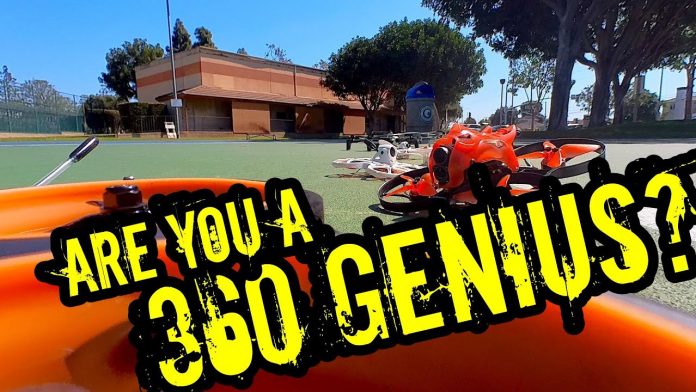 
If you can figure out how I shot this video, then you are a 360 Genius!  Bonus points for thinking of the easiest and cheapest way to do it (not including the cost of the drones)!

Are you ready?  Here is the video, which is BTW a loop video (on the desktop, right click and select Loop):

Post your guesses in the comments (no peeking at other people’s responses) and win bragging rights!

This video was of course inspired by the teaser video for the Insta360 Go 2.  This video is my take on their video, using drones, most of which are under 2 inches tall (the DJI FPV drone is a notable exception).  I don’t know if Insta360 did the exact same technique, although my technique can be used to shoot a video like their teaser.  Something to ponder is whether this video could have been shot with a GoPro, and why or why not?  In any case, I will post the behind-the-scenes tutorial video for how this was shot.