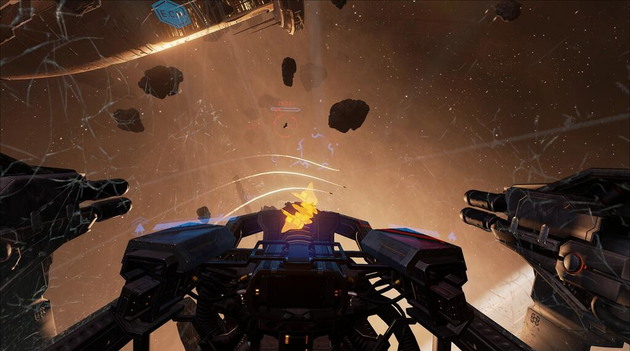 EVE: Valkyrie launched alongside the Oculus Rift last month and will also be coming to the HTC Vive and PlayStation 4’s head-mounted display (HMD), PlayStation VR. CCP Games has confirmed to VRFocus that for all of these formats, all post-launch content updates will be made available for free.

A number of content updates have been revealed for EVE: Valkyrie at the currently ongoing EVE Fanfest 2016, Reykjavik, including a brand new map known as Crossroads and the new gameplay mode, Carrier Assault. These, and all future content updates, will be offered to all players of EVE: Valkyrie without cost.

Speaking to VRFocus today, Sigurdur ‘Siggy’ Gunnarsson, Senior Software Engineer on EVE: Valkyrie, stated: “All our content drops are going to be free. We are not a subscription game, but we are still going to do a few expansions every year, just like EVE [Online] does. All of them are going to be free.”

The first ‘content drop’ will include both Crossroads and Carrier Assault, though no official release date has yet been announced. VRFocus will of course keep you updated with all the latest details on EVE: Valkyrie, including the full interview with Gunnarsson coming soon.