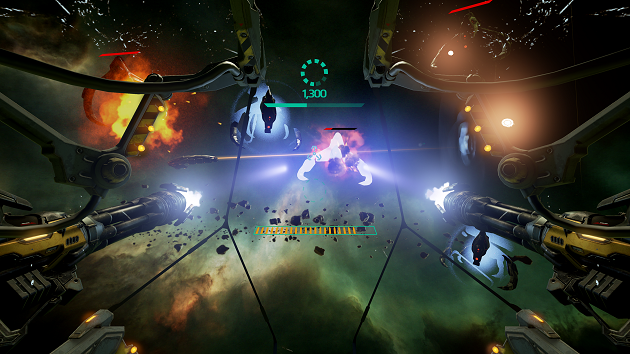 There is no hint of exaggeration when saying that virtual reality (VR) was at centre stage this year at EVE Fanfest, especially as there is a 3:1 ratio of VR to non-VR. Ranging from video game demos to presentations by both CCP devs and players of the video games, there isn’t any shortage of in-depth VR goodness.

It was no secret during the welcome keynote that Hilmar Veigar, CEO of CCP, valued VR massively as a part of the company, setting the tone for the rest of the event by acknowledging Oculus VR, saying: “Special shout out to friends at Oculus VR, we now have the largest concentration of oculus rifts Iceland has ever seen. I saw a pallet of Oculus Rifts.” As well as the shout out, most of the keynote comprised of revealing and teasing the main VR news items that have come from the event already.

As well as the opening keynote presentation there is a sprinkling of VR across other presentations, including Be a Better Valkyrie by one of the top pilots in EVE: Valkyrie, QuantumDelta; and more intimately the round tables such as the Ride of the Valkyrie where developers opened up discussion to attendees to discuss further developmental ideas.

The VR video games themselves are delved into deeply including Gunjack, EVE: Valkyrie, and Project Arena. There wasn’t much to be said about Gunjack, CCP’s initially Gear VR title which was then made available for the Oculus Rift and HTC Vive on their launch days, but there was still a definite presence to be had with the video game free to play in the demo hall next to EVE Online. 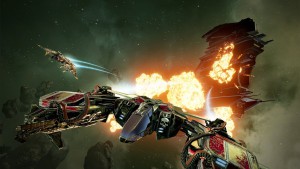 EVE: Valkyrie has been pushed into the limelight during the event with both updates revealed, such as the Carrier Assault update announced yesterday, and the EVE: Valkyrie PVP tournament, where the winner will receive two tickets to Vegas. Set up in one of the main demo rooms is a line of chairs with assistants ready to help you fix on your Oculus Rift head-mounted display (HMD) and place an Xbox controller in your hands. All attendees can play against one another in two teams, with gameplay projected up on the wall behind.

Not too far from the bulk of the excitement are two areas dedicated to the two modes of Project Arena, the most recent experimental sport VR development by the Atlanta CCP team. It is certainly a popular topic of conversation amongst the devs and attendees alike as many discussions can be overheard through the show floor concerning how playable the demo is and excitement for its further development. 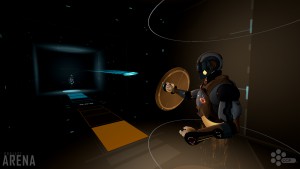 This event may seem incredibly niche but the results of CCP’s development in VR are something that reflects on the whole of the VR industry for a few reasons. The event in itself has become a phenomenon which attracts the same numbers of people that would also attend multi-studio events, and for a well-established development studio to whole-heartedly dedicate three international teams to develop exclusively VR projects is a massively positive indication. Another point that CCP has made during this event is that there is a need for cross-platform gaming which will only encourage VR to thrive.

EVE Fanfest will be concluding tomorrow but there will be more news and features to come here on VRFocus.