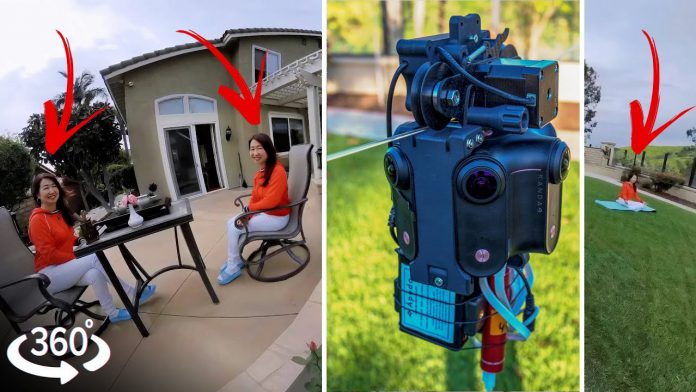 
You know how to clone subjects for videos by shooting multiple videos and masking them.  But how do you do it with a moving camera?  Check out the video below by CreatorUp, showing a flying 360 camera perspective with subject cloning.

How did Hugh shoot his video? It appears from the thumbnail of his video that he used a programmable wirecam. As long as the wirecam can be programmed to move at a consistent rate, you can make a composite from multiple moving videos.

The post 360 camera technique: Cloning a subject while moving the camera appeared first on 360 Rumors.