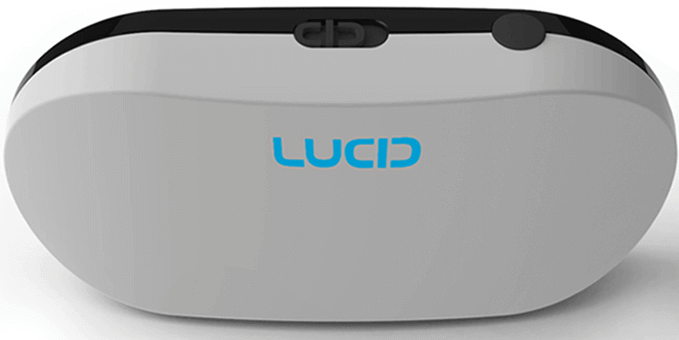 Virtual reality (VR) has come a long way over the past few years, but still has some ground to gain before it reaches a consumer level. Many companies are using professional 360 degree camera rigs and software that isn’t intended for use by the average consumer. LucidCam, a new 180 stereoscopic camera, is looking to be one of the first devices that’s intended for everyday use by consumers, then. Today, the company behind the device has launched an IndieGoGo crowd-funding campaign, looking to raise $100,000 USD to help a manufacturing ramp-up.

A 180 degree camera may sound strange to those used to 360 degree media, but this covers a user’s peripheral vision, and LucidCam hopes to expand to 360 degrees by reaching a stretch goal. Elsewhere, this is a 1-button point-and-shoot camera that captures 1080p 30fps content in 3D and features options to easily share it with others. Playable is possible from both on a smartphone and within VR head-mounted displays (HMDs) such as the Oculus Rift and Google Cardboard. Live streaming through HDMI output is also possible.

“VR technology looks to be a mainstream commodity by 2020 according to an April 2015 article in Fortune Magazine. Similar predictions place VR growth at 13,000% (5 times faster than iPhone adoption) by 20171. Add in the potential implications for use within today’s $88 billion global video game market, and the path for VR becomes quite clear,” LucidCam CEO Han Jin said of the news.

“There are infinite applications for Virtual Reality, but the potential for truly creative content is wasted if only a limited number of people have access to the tools for capturing VR footage,” Jin said. “Our team worked tirelessly for the last two years to rethink the current video market and break down multiple camera module solutions into a 2-lens compact system.”

VRFocus will continue to follow LucidCam closely, reporting back with any further updates on its progress.