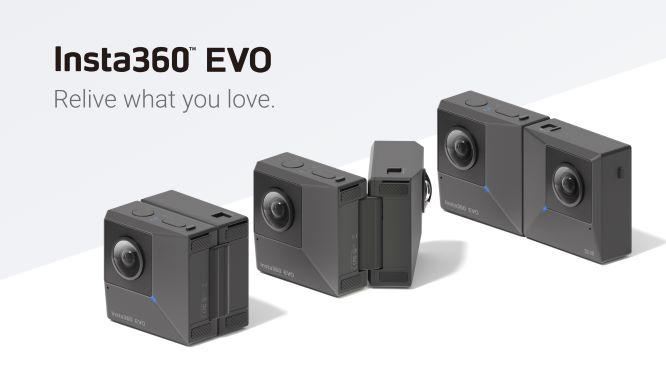 
How would you like to be able to watch and shoot IMAX 3D-like videos or photos?  Insta360 EVO is a new hybrid VR180 and 360 camera, and its VR180 photos and videos are, if anything, even more immersive than IMAX 3D.  How is it different from other 360 cameras?  Should you get one?  In this review, I discuss how it works.  I discuss its specifications and features, and I compare it against some popular VR180 and 360 cameras.  I also provide some sample photos and videos.

Photos and videos can help us remember events but for someone who was not at an event, photos and videos don’t really convey what it was like to have been there at the event.   But now, we are closer than ever to being able to capture and share the experience of “being there,” through VR cameras such as the Insta360 EVO.

Unless you’ve tried “true” VR, it is difficult to understand how what it’s like.  One way to understand it is to contrast it with conventional 3D glasses, such as a Viewmaster headset.  On a Viewmaster, the scenes you see will have 3D depth.  However, you are fully aware that what you see is within the headset.  With VR, objects that you see will not only have depth, but they appear to stay where they are regardless of how you move your head.  With full VR with six degrees of freedom (6DOF), you’ll even be able to walk around the object and see it from different perspectives.  This creates the illusion that the objects have an existence independent from the headset.   True VR is therefore worlds apart from conventional 3D.

Although capturing a 6DOF VR experience is not yet readily accessible to consumers, VR cameras can capture a VR experience with three degrees of freedom.  They cannot (yet) walk around a VR photo or video, but if they stay standing in one spot, or seated on a swivel chair, the VR scene will appear immersive.

While VR is a powerful medium, it poses several challenges.  Among other things, for storytelling, the unlimited freedom to look around can mean that viewers can get confused about where they ought to look.  In addition, there are many viewers who would prefer to simply relax and look at one direction instead of constantly swiveling around their seats.

VR180 addresses this issue by showing only the front hemisphere of a VR experience.  The process of capturing and viewing the VR experience becomes much simpler.

Insta360 EVO takes this even further by adding 360 capability, which is useful for better stabilization and for capturing a third person view, as if it was an invisible flying camera.

Here are the Insta360 EVO’s specifications and how they compare to those of its stablemate, the Insta360 One X.

3. Insta360 VR: this new app enables you to immediately view the EVO’s photos and videos on your headset, without having to stitch them first.  You’ll be able to load the photos and videos wirelessly, within seconds.   Insta360 VR is available for Oculus Go and Samsung Gear VR

5. HDR Photos and Videos: Like the One X, the EVO can capture HDR videos as well as multi-exposure HDR photos (see sample below).  The HDR photos can be fused in the smartphone app.  On the desktop, you’ll need to use third party HDR software.

6. Timeshift: EVO can combine slow motion and hyperlapse to create a speedramp effect.

Here is a sample video in VR180 mode:

Here are sample videos from the Insta360 EVO in comparison with other 360 cameras and VR180 cameras.  You can maximize the screen and zoom in with your mouse scroll wheel.

The Insta360 EVO has similar image quality to the Insta360 One X, and they are both slightly more detailed than all other 360 cameras at the moment, including the GoPro Fusion (with 5.6K update), Rylo (with 5.8K update), and Vuze XR.

Insta360 EVO is $419.99 and available for order directly from Insta360, with a free invisible selfie stick using this link.  Thanks for using these links to support 360 Rumors at no additional cost to you so I can do more tests and reviews.  I will have more information about the Insta360 EVO over the next few days.

The post Your Own IMAX 3D Videos: Insta360 EVO Review, Comparison, and Sample Videos and Photos appeared first on 360 Rumors.