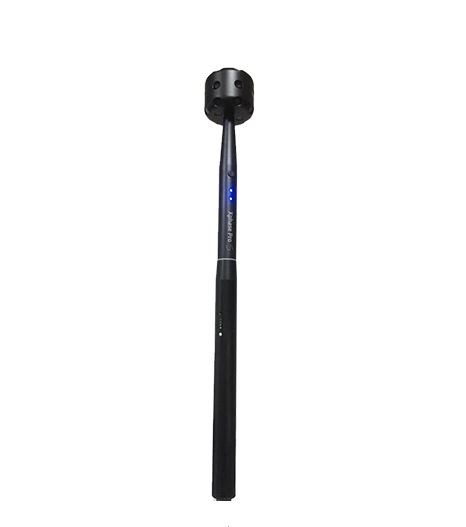 
XPhase has begun shipping a new version of their camera.  Here are five significant improvements.

XPhase Pro S (reviewed here) is the highest resolution 360 camera, with a capture resolution of 200mp and a stitched resolution of 135mp.  The new version is now available (use this link to get a free extra 128GB thumb drive) and has several improvements:

2.  Metal screw mount.  In the original version, the cover for the USB and charging port was secured by a plastic screw mount.  A few users reported that their covers broke off.  In the 2020 XPhase, the screw mount has been changed to metal.

3. Wi-Fi has improved.  The WiFi connection antenna has been changed to circuit board for a more stable Wi-Fi connection.  Because of the new circuit board, there is a new, taller USB cover that is about 1 cm longer than the original.

4. Optional XPhase external battery.  There is now an external battery pack that can increase the XPhase’s battery capacity by 6800 mah, which XPhase says is good for 3 hours of operation.   It attaches to the base of the handle, is invisible and will not appear in the nadir of the photo.