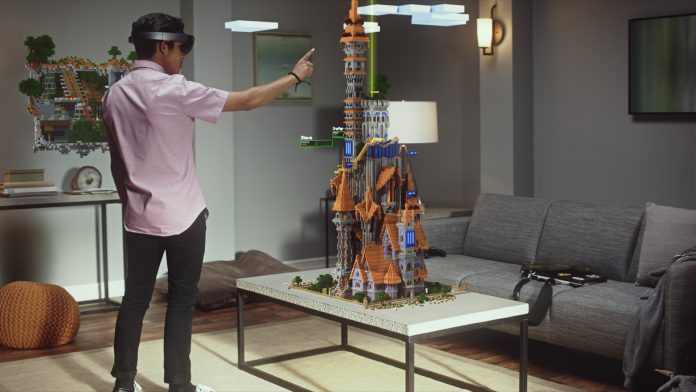 Microsoft’s HoloLens mixed reality (MR) head-mounted display (HMD) launched pre-orders for a Development Edition earlier this week. That launch came as a surprise to many, especially following recent comments from the company’s Alex Kipman that suggested the tech wouldn’t be consumer-ready for a long time. Some suspected that Microsoft’s faith in HoloLens had been shaken, then, but Head of Xbox Phil Spencer has no such concerns.

When asked about the future of HoloLens at an event last week – notably before pre-orders were announced – Spencer told the BBC: “We want to make sure we have the right experiences in place. The hardware, we feel very good about where the hardware is and we feel very good about the trajectory of what people can do on the device. But we want to make sure we get those early devices in the hands of the developers when they have the tools they need to build those next killer-wave of augmented reality HoloLens experiences. And that takes some time.”

Again, it’s important to note that his next comments were made before the reveal of Development Edition pre-orders. “We’ve said it’s this year and we’re committed to that and I feel very good about the timeline I see there. I have a device at home that I’m using. We are closer than not but we definitely want to make sure that the experience from end-to-end when somebody puts it on and uses it for the first time really connects with consumers because you only get one chance to have a launch,” Spencer said.

HoloLens will be available to developers for some $3,000 USD and ships first to the US and Canada. Applications that will be on the device at launch include Young Conker and Fragments.

Keep reading VRFocus for the latest on HoloLens.