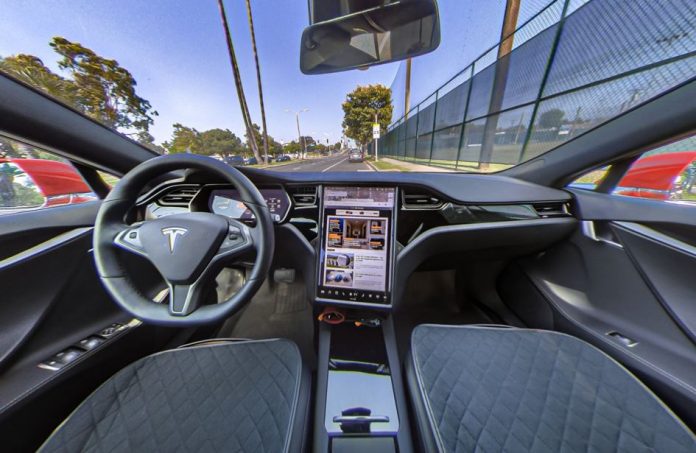 
Taking a 360 photo of a car interior with a 360 camera is easy, but to make it completely seamless is harder than it looks.  Here’s why.

A car interior is a relatively small space with many objects near the camera.  At the same time, depending on how it was shot, the view outside the car can be far away.  This often leads to parallax stitching errors.  To demonstrate, here is a standard 360 photo from a 360 camera, shot on Xiaomi Mi Sphere (actually the one I used is the Madventure 360), which has good stitching due to the very small distance between its lenses.

The photo looks “somewhat” ok, but there are several issues, such as:

For a casual photo, this photo is usable.  But for a paying client, who will be in turn showing it to their customers, this is not acceptable.  After all, for most car buyers, a car is the second most expensive purchase they will make, next only to their home.  Can you really expect them not to scrutinize the photo when they are making this decision?

There are techniques for fixing these problems, but sometimes, fixing these problems creates problems of their own.  For example, you can replace the background but will the views in the side mirrors and rear view mirror be consistent with the background?  And you could fix the stitching errors in a small area, but with many cars, there are many curved lines that connect to each other, so for example, fixing the stitching error on small part of the window, will require adjusting another part of the window, which in turn leads to adjusting a part of the door, etc.  The size of the area that needs adjustment can get larger and larger, even for just a small stitching error.  Depending on the quality that you want, it could take a while to make a truly seamless 360 photo of a car interior that a client requires.

For this reason, I prefer to use a DSLR when shooting car interiors.  However, it is possible to take seamless 360 photos of car interiors even with a 360 camera.  Here is the edited version of the same photo above:

If you’d like to know how to take truly seamless 360 photos of car interiors, check out my upcoming course for the HQ method (sign up to be notified here), where you can learn to take photos with excellent quality efficiently and reliably, not just for car interiors but also for real estate virtual tours.

The post Why seamless 360 photos of car interiors are not so easy (and an upcoming class on how to do it) appeared first on 360 Rumors.