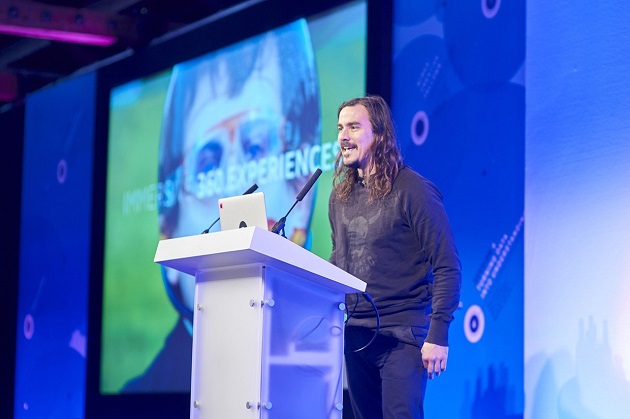 While the current virtual reality (VR) market is still in its infancy, the hype surrounding it is still increasing. But VR is still seen as being further along its development than rival technology, augmented reality (AR). And there are those that see AR as the future rather than VR. Robin McNicholas, director of Marshmallow Laser Feast, a UK-based design studio recently discussed this at WIRED 2015 NextGen in London last week.

At the event, McNicholas said: “It can go so much further. We’ve only just begun with the virtual reality phase.” Adding: “Just around the corner is the augmented reality phase,” reports Wired.co.uk. He also sees an era where computers have progressed to a stage that motion capture suits are no longer needed, and they’ll be able to “track humans” natural movements.

Marshmallow Laser Feast previous VR projects include In The Eyes of the Animal, a 360 degree film set in Grizedale forest, that allows users to view an artistic interpretation of the sensory perspectives of three species natural to the site.

WIRED 2015: Next Generation is the company’s annual event aimed at nurturing innovators aged between 12 to 18 years old. The two day show was held at London’s Tobacco Dock, and featured talks, hands-on workshops and Q&As. VRFocus will continue to report on all VR and AR related news from around the world, as and when details emerge.