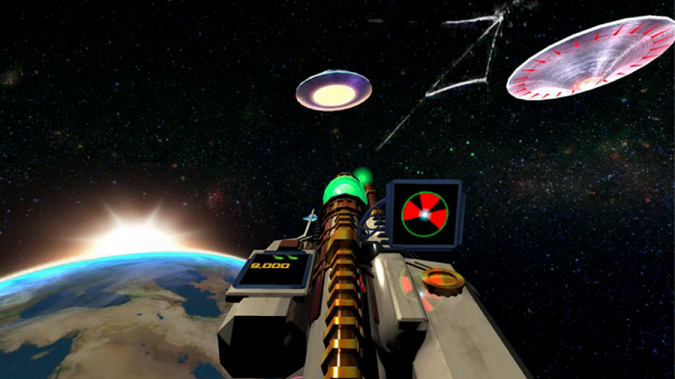 Headgear has today launched a demo version of their Gear VR Game Jam title, We Come in Peace…. Available now for all editions of the Gear VR head-mounted display (HMD), the demo is listed under the ‘Concepts’ section of the Oculus Home application.

A shooting gallery videogame, We Come in Peace…can be played entirely with the Gear VR’s built-in touchpad and does not require a bluetooth gamepad. This retro inspired title sees the player take charge of alien laser technology in a fight against unidentified invaders, using their own weaponry against them. Players will take on drones and motherships, the latter offering short-term power ups.

We Come in Peace…originally launched as an Oculus Rift title on Oculus VR’s Share website back in October, and is now available as a free demo for Gear VR. VRFocus will keep you updated with all the latest details on We Come in Peace…and other forthcoming virtual reality (VR) titles from Headgear.

The post We Come in Peace… Demo Now Available appeared first on VRFocus.