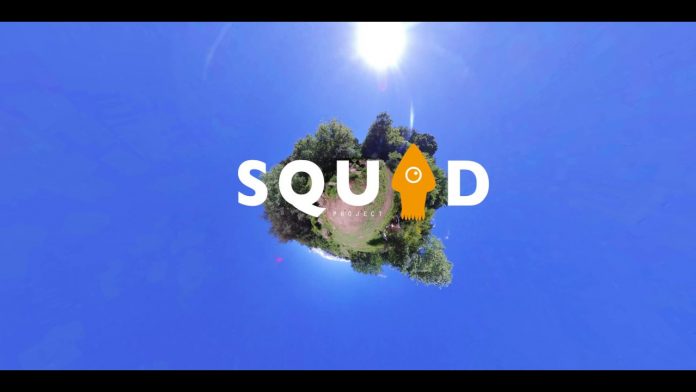 
SquidProject 360 is a kit for a lightweight ‘invisible’ 360 camera drone.   It was made in cooperation with Insta360, and appears to use the same sensors as the popular Insta360 One X (reviewed here).  The sample videos are amazing!

Here is the 360 video version of the same video, showing that the drone is virtually invisible:

This video was made with the SquidProject 360, a kit for an FPV drone that uses Insta360 cameras.  Unlike ready-to-fly drones such as from DJI, FPV drones require a lot of practice to learn to fly, but the benefit is that they are much more agile, much lighter, and most importantly, they are more easily customized.  In this case, SquidProject worked with Insta360 to add cameras above and below the drone.  Because the drone’s body fits between the lenses, it becomes invisible in the 360 video.

The SquidProject 360 reportedly weighs under 250 grams, which means that as of June 2019, it does not need to be registered with the FAA.

SquidProject 360 is not the first 360 camera drone, but it is by far the most promising because it is not merely in a conceptual stage but has already been demonstrated to work, and moreover, has excellent video quality.  The team behind SquidProject 360 is hoping to release a DIY kit.

To stay updated, follow Squidproject 360 on their Facebook page.  Thanks to 360 Tips and Tricks for bringing this to my attention!