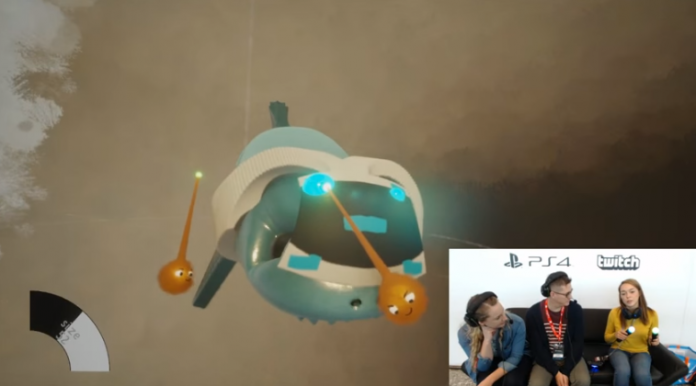 There are a handful of upcoming PlayStation 4 titles that fans desperately want to support the PlayStation VR virtual reality (VR) head-mounted display (HMD). Hello Games’ No Man’s Sky is a great example of this, as is Media Molecule’s Dreams. We’re still waiting on official confirmation for support in the latter title despite comments from the developer itself, but the team has recently used Dreams to create a virtual version of PlayStation VR itself with the help of Sony Computer Entertainment’s (SCE’s) London Studio.

Media Molecule was joined by SCE London’s Dave Ranyard and Isabel Reubin during a recent Dreams live stream. The latter studio is known for its work on PlayStation VR over the past few years, having created popular tech demos such as The London Heist and The Deep, which saw players having a close encounter with a shark. In fact, it’s The Deep that forms the inspiration for this stream, as the developers attach their virtual VR HMD to a shark using a pair of PlayStation Move motion controllers.

Dreams will allow players to create almost anything they want using these tools, integrating them into their very own levels. A Beta release for the title is expected in 2016 though, again, it’s not yet clear if it will be supporting PlayStation VR at this time. It’s also unclear if SCE London is working on a full title for the device right now. PlayStation VR is set to launch in the first half of 2016, though that window is quickly running out with a full date and price yet to be announced.

For the latest on Dreams, SCE London and PlayStation VR, keep reading VRFocus.