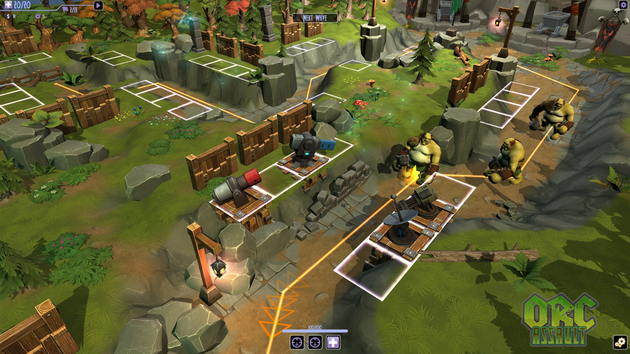 Ghost Machine has today launched the final release build of Orc Assault on Steam, compatible with the HTC Vive. Having undergone a successful Steam Greenlight campaign and released in alpha back in June 2015, today marks the official launch of the strategy virtual reality (VR) videogame.

A tower defence videogame in which players have to prevent hordes of orcs and goblins reaching their home structure, Orc Assault sees you fighting through various waves and stages of invasions on both paths and open roomscale battlefields. In order to fight back against the increasingly powerful enemy assaults, the player can develop sophisticated tower systems to take down even the most powerful of orcs.

Orc Assault differs from traditional tower defence strategy videogames by not only allowing the player to plan the arrangement of their units and manage their resources, but also allowing them to enter the towers and manually defend against the hordes from a first-person perspective. This is a mechanic that Ghost Machine had developed through community feedback. ”We have made some adjustments to the game play based on early feedback and by comments made on other early VR games,” states Orc Assault’s official Steam page. “With these comments in mind, we’ve raised the play area up 3 feet from the ground and added laser pointer visuals to the motion controls. We hope this this make the game more comfortable for all players. [sic]” 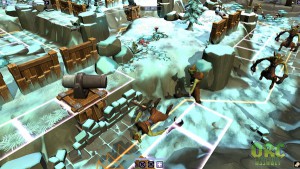 Available via Steam now, Orc Assault is benefiting from a launch week discount of 40%, priced at £8.99 GBP. The full price of the title will be £14.99, beginning 17th May 2016. Ghost Machine are a prolific developer of VR videogame titles and VRFocus will keep you updated with all the latest releases from the studio.