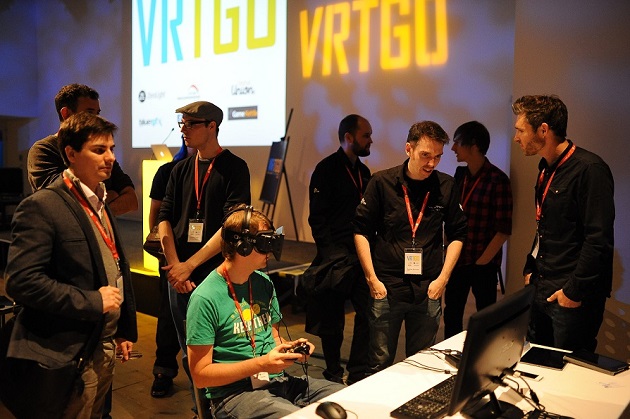 The VRTGO 2015 event (virtual reality expo and conference), has today announced that Unity Technologies, the developer behind the Unity engine and development platform, will be the headline sponsor for this year’s event in November. As well as Unity exhibiting, community Evangelist Joe Robins, will be presenting a talk on ‘Unity’s Plan for VR’.

The conference will feature a host of speakers from across the virtual reality (VR) industry alongside Unity, including Jed Ashforth, Senior Game Designer, PlayStation VR, Andrew Robinson, Artist and Narrative Designer CCP Games and Patrick O’Luanaigh, Founder and CEO of nDreams. VRFocus has also been reporting on nDreams involvement with VRTGO on a VR competition that is now in its final stages.

Joe Robins, Community Evangelist at Unity Technologies has said: “Unity already provides targeted tools to craft immersive VR experiences and we’re actively researching new and better ways to develop for these new technologies. We strongly believe that VR and AR will play a key role they in the future of not only the games industry, but training, visualization, and more.”

“We are thrilled that the leading games engine and services provider for VR is speaking, exhibiting and sponsoring this year’s event. We are looking forward to hearing Joe Robins and finding out more about Unity’s vision for this emerging technology and how it will be supporting the VR development community,” Event Director Carri Cunliffe has said.

VRTGO, will be held at the Baltic Art Centre on the Newcastle Gateshead Quayside on the 12th November 2015, and VRFocus will continue to report on the latest news on the conference as details are announced.